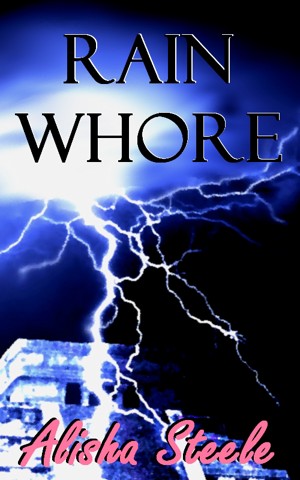 Rated 4.25/5 based on 4 reviews
There was a song that came out a few years back…some angst driven thing. It began with the line, “I’m only happy when it rains.” I heard it and had one of those epiphanies people always blather on about. A real Aha! moment. ‘Cause that’s me, you see. Shelley Utlic…rain whore.
Download: epub mobi (Kindle) pdf more Online Reader
rtf lrf pdb txt
Price: Free! USD
Add to Library
Create Widget
Tags: erotica paranormal het a steele alisha steele
About Alisha Steele

(review of free book)
Charity Daugherty reviewed on March 8, 2012
(no rating)
My impression of this "story" is that it might have been a paper written for a create writing class. It wasn't actually a book or story for that matter.

Well written and unique. I would have loved for it to be longer.

(review of free book)
Ernest Winchester reviewed on May 11, 2011

And here I thought she’d just catch pneumonia, or a bad cold at least. Fun read.

You have subscribed to alerts for Alisha Steele.

You have been added to Alisha Steele's favorite list.

You can also sign-up to receive email notifications whenever Alisha Steele releases a new book.