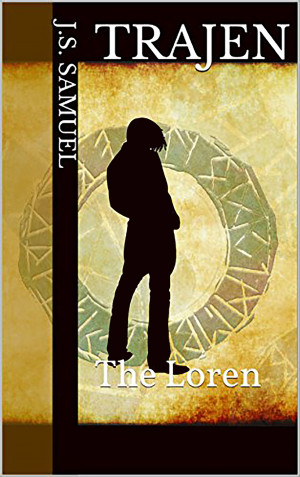 By J.S. Samuel
A young man doesn't know who he is or where he comes from, is thrust into an age old struggle between all of the things that go bump in the night. More
Things need to change…

When Trajen is riled from his thousand-year nap, he doesn’t know what year it is. He can’t remember anything before that moment. As he comes face-to-face with individuals who can change their shape into that of a humanoid wolf, instinct takes over. Seconds later, his newfound Lyran companion, a race with the ability to shapeshift, and the Lyran guards who blocked his path are on the ground. When he’s told to run, he does. Within the hour he is wrapped in a blanket on the couch of Bren and Garret, and spends the next few months learning about the world watching documentaries under the guise of their nephew. But Trajen’s destiny is so much bigger than streaming movies and attending community college. There is a Great War, and everyone has their part to play – Even him.

Our first series in this wonderful universe revolves around a special young man named Trajen or Tra “Tray” for short. He has no idea who he is or where he comes from. This series digs into the very top level of the Loren and gives us a look at all of the things that go bump in the night.
Available ebook formats: epub pdf lrf pdb txt html
First 10% Sample: epub lrf pdb Online Reader
Price: $6.99 USD
Buy Add to Library Give as a Gift
How gifting works
Create Widget
Tags: fantasy action adventure young supernatrual
About J.S. Samuel

J.S. Samuel is a fresh novelist who is no stranger to the sci-fiction and fantasy realms. He has previously worked on such properties as Everquest, The Army Men video games series, and various ghostwriting and rewrite work for movies and television. His passions include his children, videogames, and trying to will the Cubs to a World Series victory. You can find out more about him and your favorite Trajen characters and the world they live in at www.theloren.com .

Reviews of The Loren - Trajen by J.S. Samuel

You have subscribed to alerts for J.S. Samuel.

You have been added to J.S. Samuel's favorite list.

You can also sign-up to receive email notifications whenever J.S. Samuel releases a new book.