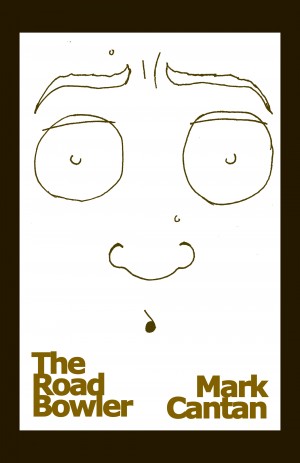 An Irish comedy about a teenage boy, Michael, who becomes a local hero after agreeing to compete for his hometown of Ballysuir against their bitter rivals Fecktown in the annual road bowling competition. Can Michael get the girl, rebuild the town's pride and defeat Fecktown's menacing champion Whacker Jackson? More
Ballysuir and Fecktown are bitter rivals. Each year they compete in the Irish sport of road bowling. The winners get to hold their heads high for the following year. The losers hold their heads low. Ballysuir hasn't won in several years and now they're looking for a new champion. Enter gormless 17 year old Michael. Unlucky in love and academically unimpressive, Michael has yet to find his calling in life; could this be it?

A comedic novella full of wit and charm The Road Bowler is a light and fun read. It's influenced by comedies like 'Puckoon' and 'Napoleon Dynamite', 'Father Ted' and 'Happy Gilmore'.

Mark Cantan is comedy writer / performer from Dublin. He has written material for radio, TV, film, theatre, internet, magazines and birthday cards. He produces material himself as well as working as a hired hand on other people's projects. He is also skilled at acting, video editing, sound recording / editing, music production, puppeteering, singing, clapping, and dancing around.

Mark is a big fan of earning money. This has always been something very important to him in his life. He is the creator of the hit play 'Jezebel'.

Reviews of The Road Bowler by Mark Cantan

You have subscribed to alerts for Mark Cantan.

You have been added to Mark Cantan's favorite list.

You can also sign-up to receive email notifications whenever Mark Cantan releases a new book.