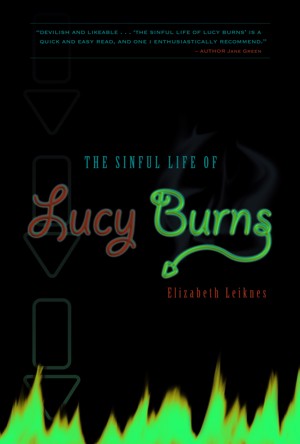 The Sinful Life of Lucy Burns

By Elizabeth Leiknes
Lucy Burns wants a normal life, and she could have it all if only she could break free from the job she hates.

That job? Facilitator to hell.

And her boss is a real devil.

Elizabeth Leiknes grew up in rural Iowa and can make thirty-seven different dishes featuring corn. She attended The University of Iowa as an undergrad, and The University of Nevada, Reno for her Masters. Her most recent accomplishments include publishing an article entitled “Writing Spaces: Expanding the One Story House” in The Quarterly, and completing two other novels, Black-Eyed Susan, and The Understory.

Reviews of The Sinful Life of Lucy Burns by Elizabeth Leiknes

You have subscribed to alerts for Elizabeth Leiknes.

You have been added to Elizabeth Leiknes's favorite list.

You can also sign-up to receive email notifications whenever Elizabeth Leiknes releases a new book.