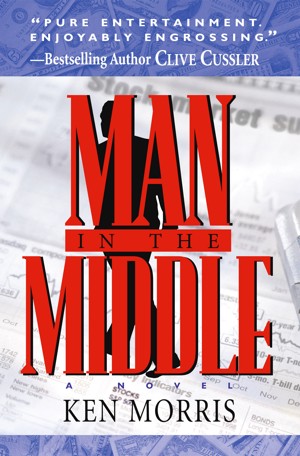 Man in the Middle

By Ken Morris
Join Peter Neil as he is sucked into a situation that soon spins out of control. Come experience what happens when a young man with a good heart is tempted with unimaginable wealth; when a love affair gets tangled with long-buried family secrets; when a persistent SEC agent matches wits with ruthless businesspeople who think nothing of murder of individuals and of entire countries' economies!

Ken Morris spent his 20s learning to be a stock trader, his 30s practicing his craft at the highest levels of the world's capital markets, and his 40s writing about it. Ken is a master storyteller with a depth of experience unique in the genre of financial thrillers: He worked for Michael Milken and held high level positions with Morgan Stanley, Drexel Burnham, and Prudential-Bache. He has managed, earned, lost, and earned again millions of dollars.

For more than a decade, Ken Morris was 'the man in the middle, balancing million-dollar deals and practical business considerations against legal complexities and moral considerations. And while his personal adventures weren't quite as harrowing as those of his protagonist in this novel, Ken was a 'Wall Street trading legend who played by the rules, fought the system (and won), made friends and enemies, and shook world financial markets.

A Southern California native, Ken Morris obtained his undergraduate degree from UC Santa Barbara, and his MBA from UCLA. In the 1980s, he became a stock trader for Morgan, Stanley in New York, and by the age of 31, had become a celebrated, much sought-after trader operating at the highest levels of the world’s capital markets. In 1992, at the tender age of 39, he stunned and perplexed the financial world by turning his back entirely on Wall Street. Returning to California, he set up a part-time consulting practice, and began devoting himself to his family, to reform of the capital markets, and to writing. Man in the Middle, the first of his novels to be published, received attention from The London Times, The New York Times, the Washington Post, and CNBC’s “Kudlow & Cramer,” among others. The Deadly Trade is his second novel. He lives in Del Mar, California, with his wife, a fund manager, and their four sons.

You have subscribed to alerts for Ken Morris.

You have been added to Ken Morris's favorite list.

You can also sign-up to receive email notifications whenever Ken Morris releases a new book.