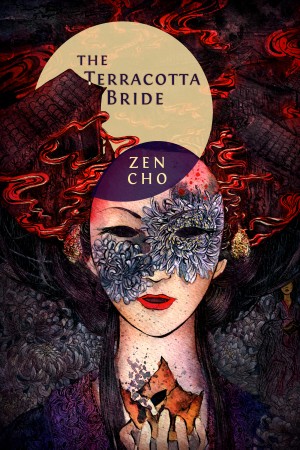 By Zen Cho
Rated 4.50/5 based on 2 reviews
A tale of first love, bad theology and robot reincarnation in the Chinese afterlife. When Siew Tsin's husband brings home his new bride Yonghua, an artificial woman made from terracotta, Siew Tsin falls in love -- and is drawn into a conspiracy where the stakes are eternal life, or a very final death. More
In the tenth court of hell, spirits wealthy enough to bribe the bureaucrats of the underworld can avoid both the torments of hell and the irreversible change of reincarnation.

It's a comfortable undeath … even for Siew Tsin. She didn't choose to be married to the richest man in hell, but she's reconciled. Until her husband brings home a new bride.

Yonghua is an artificial woman crafted from terracotta -- but that's not all she is. What she is may change hell for good. Who she is will transform Siew Tsin. And as they grow closer, the mystery of Yonghua's creation will draw Siew Tsin into a conspiracy where the stakes are eternal life – or a very final death.

THE TERRACOTTA BRIDE is an 11,000-word standalone fantasy novelette.

Zen Cho is a London-based Malaysian writer of fantasy and romance.

Siew Tsin's early death has landed her in an unexpected place - in the tenth court of hell, where the dead bribe the hell officials to keep them out of torment and to keep them from being reborn. But Junsheng, her husband, is playing a dangerous game, and Yonghua, his terracotta third wife, is at the centre of it all.

I don't know how to describe this novelette other than it's East meets West. It's a fascinating look into Chinese beliefs of the afterlife versus simplified versions of Christianity as disseminated by well-meaning nuns in mission schools in Malaysia (Popular theology is not always accurate).
Yangsze Choo delves into this in The Ghost Bride too, and I suppose I find it fascinating mainly because I have no personal experience of learning these things while growing up.

Cho's writing is exquisite, as usual; simple, and yet enticing, witty in an understated way. She pulls you into the story, spitting you out at the end thoroughly satisfied.

You have subscribed to alerts for Zen Cho.

You have been added to Zen Cho's favorite list.

You can also sign-up to receive email notifications whenever Zen Cho releases a new book.