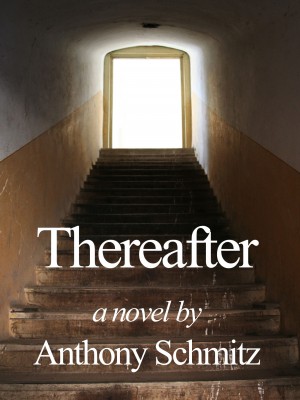 By Anthony Schmitz
Rated 3.33/5 based on 3 reviews
Putting the dead to rest is a task that can take up all your life. More
Clarissa Brimsley is long dead, but she still has work to do. Her job is to understand fully the effect her brief life had on those left behind.

Clarissa can visit the past. She can watch the present unfold. She knows exactly what her subjects think. She has perfect understanding of all the dead who occupy this netherworld with her. But the future is as unknown to her as to anyone else. She has no ability to communicate with the living, or to alter the course of events.

Her subject is her mother, Audrey. Sixty years after the fact, Audrey is still trying to make peace with the idea that she killed Clarissa in what was not entirely an accident in the home. She has never moved from the once-splendid house, now fallen into ruin, where Clarissa died. She has never truly stopped thinking of the girl.

After Audrey falls and breaks a hip, her sons ship her off to a nursing home. They sell the house to a young couple that intends to fix it, sell it, buy another and build a fortune. Those plans get derailed when the woman of the house, an artist named Mag, senses that the house is speaking to her. She finds a trunk of abandoned photo albums, filled with pictures of Audrey and Clarissa. In those photos Mag imagines a path to the future, albeit one based on imperfect information. She resolves to make herself as happy as Audrey seems to be in the long-forgotten collection of photographs. She will have a child of her own.

Mag learns more of the truth about Audrey and Clarissa, but only after she is pregnant. Her efforts to ensure the safety of her child lead her into a complex relationship with Audrey. The old woman’s attempt to help Mag is heroic, certainly emphatic, but complicated in the end by unintended consequences and an unexpected choice.

Anthony Schmitz is a boat builder who lives in St. Paul, MN. His previous novels are Darkest Desire: The Wolf's Own Tale (Ecco) and Lost Souls (Random House/Available Press). 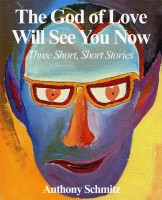 Review
Virginia Hatfield reviewed on March 2, 2012
(no rating)
I'm really not sure what I think of this book. For starters I really didnt like any of the characters, except for maybe the cranky neighbor. He seemed to be the only character that wasnt wishy washy, wasnt needy and came across as being true to himself. Hennessey just oozed smarminess - gag- so much so that by the end of the book I really could not stand him. AND last but not least I had a hard time with Clarissa. She was 2 years old when she died but narrated the book like a well educated, hoighty-toighty, old man. All I could picture was a 2 year old wearing a smoking jacket and carrying around a pipe. While I wouldnt say this book was a total waste of time, I'm also glad I didnt pay for it.

I have very mixed feelings about this book. Because I read it as an ebook, I did not have the cover or blurb to refer to when I started the book & I was a several chapters in before I figured out who was telling the story. Even then, I didn't really understand a lot of the nuisances of what I was reading, because the narrator was only an observer of the story being told, not one of the main characters & so there was little explanation of her viewpoint. It was only as I finished the first third of the book, that the identity of the narrator was fully realized & I found it a bit jarring to learn that she had died at 2 years of age. The living characters were all well written & their motivations clearly defined, but I just can't reconcile the observations of the narrator with those of a normal 2 year old child. Never before, have I read about a ghost of a child maturing, like Clarissa would have had to do, in order to become the voice used by Mr. Schmitz to tell his story. This aspect of the book left me unable to fully appreciate an otherwise well told tale.

This is a great read that unfolds at just the right pace. The ingenious plot structure makes us privy to voices and thoughts from both sides of the great divide. The characters are drawn with humor and respect, especially Hennessy the clairvoyant. He is the glue between the various plot lines. Does he have paranormal abilities, or is he simply one of those rare people who know our feelings and desires better than we do? The author's fine eye for settings and details, and his ear for dialog and understanding of the human heart enable him to work in broad themes without being bombastic. Life, death, loss, hope, regret- all served up in a compelling story line with characters we feel we've always known.

You have subscribed to alerts for Anthony Schmitz.

You have been added to Anthony Schmitz's favorite list.

You can also sign-up to receive email notifications whenever Anthony Schmitz releases a new book.