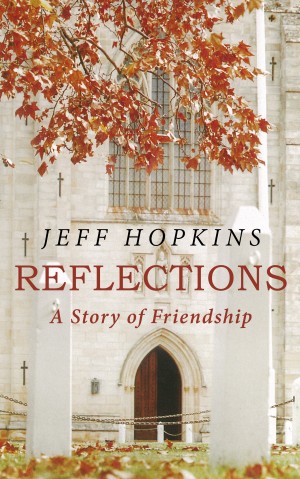 Reflections: A Story of Friendship

Captain Murphy’s reflections go back to 1908; his final year at Guildale College Preparatory School and Stephen Lamont appears for the first time. Life during that year at the ‘Prep.’ is retraced and a tragedy, from which a great friendship grows, is recalled. 1909 – 1913 in the Guildale College Senior School is a series of vignettes. Each one is based on a year in the school life of the five main characters.

During 1917, some of the boys from Guildale College reappear as young men facing the horrors of trench warfare at Fleurbaix on the Western Front. Captain Murphy faces a personal crisis, but an old association helps him.

Captain Murphy’s reverie on East Guildale railway station is interrupted, as it is time for the commemoration service. His reflections have helped him crystallise his thoughts on duty, dreams and friendship, but most importantly on the significance of this Service of Remembrance. He now knows what he must say and with renewed confidence, he walks up to the school to deliver his address.