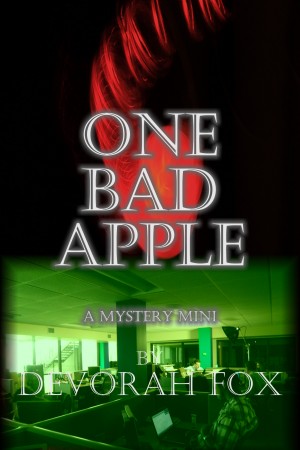 "What if?" Those two words all too easily send Devorah Fox spinning into flights of fancy. Author of best-selling The Bewildering Adventures of King Bewilliam literary fantasy series including The Lost King, awarded the All Authors Certificate of Excellence 2016 and The Redoubt, voted #35 of 50 Self-Published Books Worth Reading 2016, she also wrote the mystery minis, Murder by the Book and One Bad Apple, and the Fantasy/Sci Fi Mini, Lady Blackwing. She co-authored the contemporary thriller, Naked Came the Sharks with Jed Donellie and contributed to Masters of Time and Magic Unveiled, SciFi/Fantasy anthologies. Her novel, Detour, finished in the Top Ten Thrillers in the 2017 Preditors and Editors Readers’ Poll and The Zen Detective, a mystery, was named a finalist for the Golden Book Award Contest 2017. Born in Brooklyn, New York, she now lives on the Texas Gulf Coast with rescued tabby cats ... and a dragon named Inky. Visit the “Dee-Scoveries” blog at http://devorahfox.com.