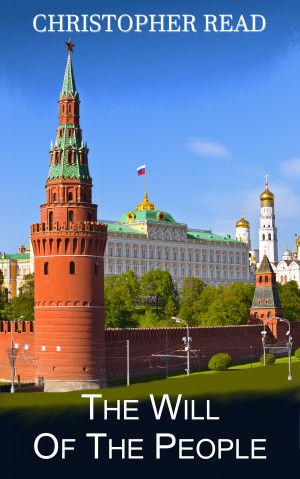 The Will Of The People

By Christopher Read
When an unrelenting terrorist campaign pushes Moscow into chaos, Russia exacts revenge on those supporting the terrorists, conflict with NATO almost inevitable. In England, Michael Anderson investigates two deaths, both supposed accidents, and with hardliners and dissidents vying to turn Moscow's crisis to their advantage, Anderson's quest becomes a crucial element in deciding Russia's fate. More
Fearful of Russian expansion beyond just Crimea, elements within Eastern Europe choose to act before it is too late…

When an unrelenting campaign of bomb and cyber-attacks pushes Moscow to the edge of chaos, Russia exacts revenge on those suspected of supporting and training the terrorists. Retaliation against first Lithuania, then Poland, places her into direct conflict with NATO, an escalating confrontation turning the Baltic into a potential battle zone.

In England, Michael Anderson a freelance journalist, starts an investigation into two deaths, both supposed accidents, his focus the Erdenheim management training-centre in the Lincolnshire hamlet of Graythorp. Drawn into a world of lies and deceit, Anderson struggles to solve the puzzle that is Erdenheim and so uncover the truth, his sudden interest creating its own implicit dangers, both for Anderson and those close to him.

With hardliners and dissidents each vying to turn Moscow’s crisis to their advantage, and secessionists starting to tear the Russian Federation apart, Anderson’s quest becomes a crucial element in helping decide Russia’s fate.

The Will of the People is the first book in the Conspiracy Trilogy. The second and third parts, The Trust of the People and The Rule of the People are also available as ebooks.
Download: epub mobi (Kindle) pdf more Online Reader
lrf pdb txt
Price: Free! USD
Add to Library
Create Widget
Tags: thriller suspense political terrorism conspiracy russia eastern europe cyberterrorism coup free thriller

About the Series: The Conspiracy Trilogy

Determined to halt China’s increasing dominance to the east and south, forces within Russia and the United States help push the three countries to the edge of war. In England, Michael Anderson's own fate is tied to the complex events spanning three continents, each of the players seeking to take advantage of the internal conflicts gripping first Moscow, then ultimately Washington and Beijing.

Also in Series: The Conspiracy Trilogy

You have subscribed to alerts for Christopher Read.

You have been added to Christopher Read's favorite list.

You can also sign-up to receive email notifications whenever Christopher Read releases a new book.