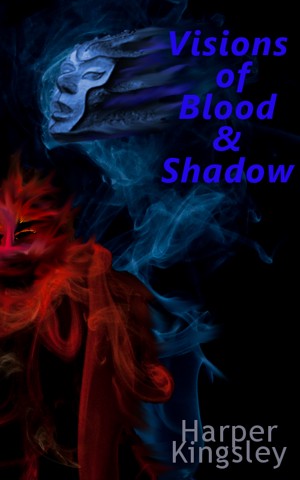 Visions and portents abound in "Visions of Blood & Shadow" where a group of people are drawn together by a series of seemingly random circumstances that are anything but. Beginning with the death of a child and a father's drive to find vengeance at any cost, events culminate into a life or death meeting to prevent a madman from causing the end of the world. More
Alistair is grieving after the death of his daughter Tabitha who was killed in a hit-and-run. He is desperate to find the man responsible so he can make him pay.

Marcus, Prince of the wereleopards, was happy to mind his own business. But when Black Alistair comes calling there's no refusing his demands.

Alane the Dreamer is Seeing terrible visions of the future, of darkness and death and the end of everything.

Justyn and Daeniel are centuries old vampires that have just found a beautiful young man they might just decide to keep.

Valerie has experienced the best night of his life. Until his brother shows up.

Kiernan is just seeking guidance. For what, he doesn't know.

Visions and portents abound in "Visions of Blood & Shadow" as a group of people are drawn together by a series of seemingly random events that culminate into a life or death meeting that will decide the fate of the world.

"Visions of Blood & Shadow" is the first book in the "Of Blood" series. Can be read as a standalone novel, it introduces several characters.

Harper Kingsley is a science fiction and fantasy author living in Washington State.

About the Series: Of Blood universe

The Of Blood universe begins on an alternate Earth where humans unknowing live alongside mythological creatures and spans out across the stars in a battle to protect humanity. Because while vampires and lycanthropes prey on humans, they need them to survive.

Also in Series: Of Blood universe

You have subscribed to alerts for Harper.

You can also sign-up to receive email notifications whenever Harper releases a new book.