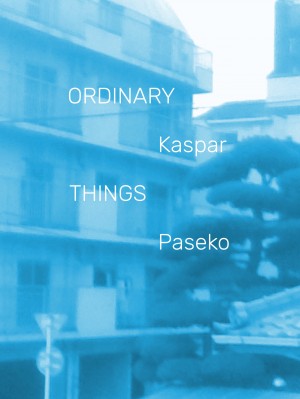 By Kaspar Paseko
An abducted child lives in a car on the roads of America. In Japan an old woman begs in a computer game arcade. In Mexico the lords of the underworld challenge the living to a deadly game. In Kinshasa a former child soldier sells drugs to survive while in Australia a man struggles to raise a kid between fast food, amphetamines and brushes with suicide. More
Ordinary Things connects everyday objects to global stories of love, food, culture and death. Exploring layers of literature, history and myth beneath the surface of mundane modern rituals, this is a novel about driving to work and Japanese poetry, slavery and telemarketing, war in the Congo, coin operated noodle bars, and crossroads.
Download: epub
Price: Free! USD
Add to Library
Create Widget
Tags: amazon travel japan international global experimental everyday postmodern congo road
About Kaspar Paseko

Kaspar Paseko is the author of Ordinary Things.

You have subscribed to alerts for Kaspar Paseko.

You have been added to Kaspar Paseko's favorite list.

You can also sign-up to receive email notifications whenever Kaspar Paseko releases a new book.