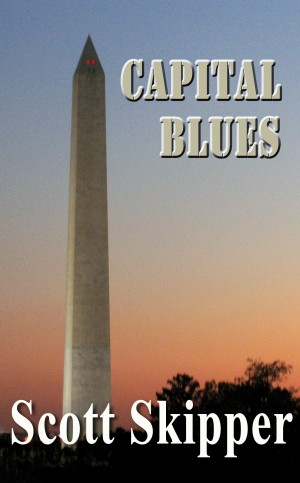 Rated 5.00/5 based on 1 reviews
Satire: humor that shows the weaknesses or bad qualities of a person, government, society, etc. (Merriam/Webster)

If ever there was a time that government deserved to be satirized, it is 2016. If you think reality has gone crazy, wait until you see how Candidate Jim agitates the crowd, and the world. More
Are all politicians crooked? Can a felon be elected president of the United States? Does anybody care? Jim West was the only person ever removed as governor of California by impeachment. Now, he’s running for president, albeit reluctantly.

Jim wants nothing more than to have a good time with his paramour in her seaside La Jolla home, but the state of the world has her terrified for the future. Convinced that only Jim has the vision to solve the world’s crises, she cuts him off until he agrees to run. His checkered past makes him a longshot, but his shifty campaign manager soon has him rising in the polls. Unknown to all, Jim’s sexy blond daughter is operating under the radar to manipulate the election, the universe and everything.

Buckle up guys, you are in for few shocks, an eye-opening, thought provoking adventure but above all a barrel of laughs. Scott Skipper set out to shock us with this one with a story that would be ludicrous if it weren't so scarily close to the current situation in American politics. A red-neck for a president? An audacious glimpse into a future that could be facing the world if one of the angry millions got their hands on such mind-blowing power as the nuclear button (nuclear football as Jim West calls it). Angel, daughter of the most daring president ever, is herself a dare-devil who has lost sight of any boundaries including that of self-preservation. Confronting Putin is child's play for this shapely child-woman turned press-secretary of The White House.

You may laugh...I did. You may scream NO NO NO! I did. But secretly, you will be thankful that someone had the balls to write this cautionary tale. If Scott isn't expecting a call from the FBI any day now, he should. He has crossed some boundaries I would not dare to ...but then Salman Rushdie outlive the threats he faced with his daring books so why not?

Ending was slightly abrupt for me but then Scott Skipper tends to do that. I still give this absolute full marks...for the laughter and for the shocks equally!!!