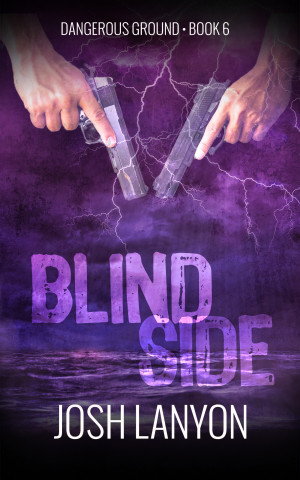 By Josh Lanyon
With resources already overstretched, the last thing Will and Taylor need is another client.

And the last thing Will needs is for that client to turn out to be an old boyfriend of Taylor's. More
It's a good problem to have: more business than they can comfortably handle on their own.

But with resources already overstretched, the last thing former DSS Agents and newbie security consultants Will Brandt and Taylor MacAllister need is another client--and the last thing Will needs is for that client to turn out to be an old boyfriend of Taylor's.

Sure, Will has always known Taylor had a wild past, but he was kind of hoping he'd never have to sit down and have a beer with it. But golden boy Ashe Dekker believes someone is trying to kill him, and Taylor is determined to help, no matter what the cost.

It's a little bit of a jolt to have Taylor for once totally disregard his feelings, but Will is equally determined that "the cost" won't be their relationship--or Taylor's life.
Available ebook formats: epub
Price: $3.99 USD
Buy Add to Library Give as a Gift
How gifting works
Create Widget
Tags: murder lgbt private eye southern california surfing russian mob father son relationships beach bums ex boyfriends relationship woes
About Josh Lanyon

Author of over sixty titles of classic Male/Male fiction featuring twisty mystery, kickass adventure, and unapologetic man-on-man romance, JOSH LANYON’S work has been translated into eleven languages. The FBI thriller Fair Game was the first Male/Male title to be published by Harlequin Mondadori, then the largest romance publisher in Italy. Stranger on the Shore (Harper Collins Italia) was the first M/M title to be published in print. In 2016 Fatal Shadows placed #5 in Japan’s annual Boy Love novel list (the first and only title by a foreign author to place on the list). The Adrien English series was awarded the All Time Favorite Couple by the Goodreads M/M Romance Group.
Josh is an Eppie Award winner, a four-time Lambda Literary Award finalist (twice for Gay Mystery), and the first ever recipient of the Goodreads Hall of Fame award.

Josh is married and lives in Southern California.

About the Series: Dangerous Ground

Special Agents for the Department of Diplomatic Security, Taylor MacAllister and Will Brandt have been partners and best friends for three years, but everything changed the night Taylor admitted the truth about his feelings for Will. But it’s complicated--and it just keeps getting MORE complicated...

You have subscribed to alerts for Josh Lanyon.

You have been added to Josh Lanyon's favorite list.

You can also sign-up to receive email notifications whenever Josh Lanyon releases a new book.