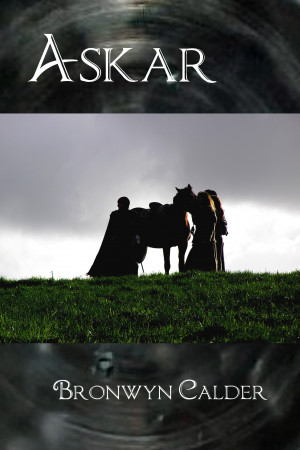 By Bronwyn Calder
Jena would find leadership a lot easier if her enemies were clearly and undoubtedly evil but she struggles with the discovery that this is not the case. She learns to wield great power but that comes at a great personal cost. On her journey Jena discovers friends and foes where she doesn't expect them, experiences love and betrayal, and develops from suspicion to understanding of other peoples.
Available ebook formats: epub mobi pdf lrf pdb html
First 25% Sample: epub mobi (Kindle) lrf more Online Reader
pdb
Price: $0.99 USD
Buy Add to Library Give as a Gift
How gifting works
Create Widget
Tags: adventure god marriage destiny religion magic war goddess sorcery temptation mystic quest temple wmd academy
About Bronwyn Calder

Bronwyn Calder has been writing since she was old enough to hold a pen. From age 17 she has had stories published in journals, magazines and anthologies while having a related career as a book editor. Now over 40 years later, not saying how much over, she lives in Auckland, NZ and writes fantasy and sci-fi. Through these favourite genres she can tell of the weirder aspects of life and love.

2009 - Film festival selection for the short film "How Europe Got Its Name" with Bronwyn as script co-author.

2012 - Film festival selection and award for the short film "The House of Seville" based on a story by Bronwyn.
https://www.youtube.com/watch?v=JGdSqzZjJH0

2020 - Joined the co-operative team at CloudInk Publishing, mostly in the role of Editor

Further to writing, Bronwyn belly-dances, sings and makes art including the fabric art illustrations for her new book "The Master Weaver".

Reviews of Askar by Bronwyn Calder

You have subscribed to alerts for Bronwyn Calder.

You have been added to Bronwyn Calder's favorite list.

You can also sign-up to receive email notifications whenever Bronwyn Calder releases a new book.