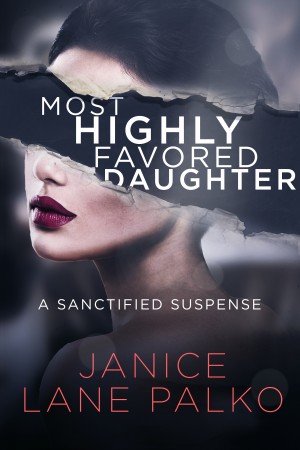 By Janice Lane Palko
The truth shall set you free . . . Or kill you.
Cara Cavanaugh is living the dream. And then it becomes a nightmare.
Adored and loved by the public, she has it all—beauty, fame, wealth, and respect. Then she is framed with an unspeakable crime, and her charmed life unravels. More
The Author Zone Award for Romantic Suspense 2018
Finalist 2018 Indie Book Awards for Inspirational Fiction.

Cara Cavanaugh is living the dream. And then it becomes a nightmare.

Adored and loved by the public, she has it all—beauty, fame, wealth, and respect. Then she is framed with an unspeakable crime, and her charmed life unravels.

As she battles to clear her name and reclaim her life, she and brooding, handsome private detective Jake Gold expose a ruthless crime network and a devastating secret from her past so explosive it endangers her life and the lives of everyone she loves.

Can Cara clear her name and rebuild her life? Is the truth worth her life?

Janice Lane Palko has been a professional writer for 20 years. The author of four novels, she recently released her newest romantic suspense, Most Highly Favored Daughter. During her career, she has written everything from greeting cards to web content and has taught several classes at the Allegheny County Community College from Building English skills to creative and memoir writing.

She is currently on the staff of the website Popular Pittsburgh and has been the executive editor of Northern Connection and Pittsburgh 55+ magazines, where she also contributed to the editorial content, writing her own column and numerous features. Palko has also been a columnist with the North Hills News Record and regularly contributes articles to St. Anthony Messenger magazine.

In addition, she has worked as a freelance writer for Krol Media, which was recently honored for being one of Pittsburgh’s fastest growing businesses. She has written press releases, articles, profiles and marketing literature for a variety of clients from physicians to film producers to non-profits and hotel chains.

Palko has had numerous articles published in publications such as The Reader’s Digest, Guideposts for Teens, Woman’s World, The Christian Science Monitor, The Pittsburgh Tribune-Review and The Pittsburgh Post-Gazette. Her works have been featured in the books A Cup of Comfort for Inspiration, A Cup of Comfort for Expectant Mothers, and Chicken Soup for the Single’s Soul.

A graduate of Union Institute & University with a B.A. in Writing & Literature, Palko has won several awards for her writing including the prestigious Amy Foundation Award of Merit. Her writings have also garnered accolades at the The Kent State Writer's Conference, and she has been selected as Writer of the Month by Oatmeal Studio greeting cards.

Her first novel, a romantic dramedy called St. Anne's Day, is set in Pittsburgh can be best described as Cheers meets The Taming of the Shrew.

Her second novel, A Shepherd's Song, is a Christmas story that will fill your heart with Christmas cheer.

Her third novel, Cape Cursed, is a romantic suspense, set on the Outer Banks of North Carolina.

Reviews of Most Highly Favored Daughter by Janice Lane Palko

You have subscribed to alerts for Janice Lane Palko.

You have been added to Janice Lane Palko's favorite list.

You can also sign-up to receive email notifications whenever Janice Lane Palko releases a new book.