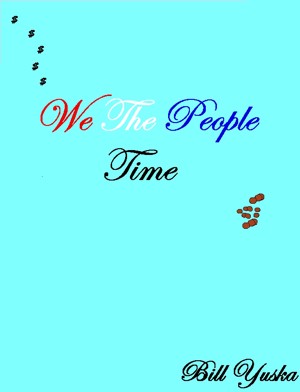 We The People Time

By Bill Yuska
“The care of human life and happiness, and not their destruction, is the first and only object of good government.” - Thomas Jefferson.

Walk the path of this great nation,
As the decisions create frustration.
Is the change for better or worse?
Look for answers within the verse.

20+ years in Information Technology (IT) that spanned documentation writing, database management and PC and network administration came to an end in 2004 with the start of another recession. Bill found himself unemployable due to his age; becoming just another statistic that would raise the cost for a corporation’s group health care coverage. As job searches continued failing and just turned one frustration into another, he decided to apply years of problem analysis along with his writing ability to determine and describe the underlying problem that America faces today. It seems that he always had the ability to frame a rhyme in time, but could it be made meaningful enough to paint America’s deteriorating landscape? Finally deciding to see if others would understand the jeopardy that greed is inflicting on America that became apparent to him, he started to submit poetry and articles on an internet site where people could freely express their opinions - (http://www.helium.com/users/556782) and were rated accordingly. After minor success, he published “We The People Time” to launch a new career at Smashwords. This was followed by “80 Years + ? = Next Depression”, and “Common, Since 1776” is his latest endeavor. There is always more to learn and among other things, he is very grateful for the free online writing courses offered on the internet since he can no longer afford the cost for higher education. Hopefully, today will be a little better than yesterday, but never as good as the hope for tomorrow. 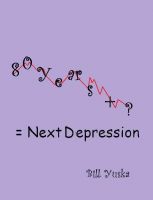 Reviews of We The People Time by Bill Yuska

You have subscribed to alerts for Bill Yuska.

You have been added to Bill Yuska's favorite list.

You can also sign-up to receive email notifications whenever Bill Yuska releases a new book.