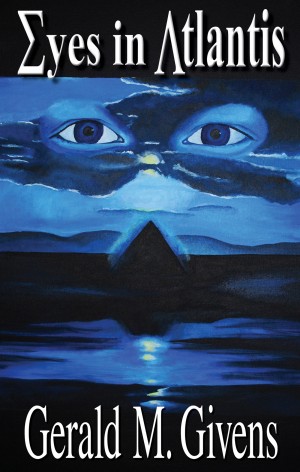 I grew up in Ann Arbor, Michigan where from an early age my interests in history and storytelling were built through frequenting museums with my mother. At age eight, I wrote my first story, Tim, Tom & Sam, a children&#39;s tale about a dog, a cat, and a mouse that became friends and lived together. In high school, my interest in writing grew through the study of poetry. Inspired by the poems of Edgar Allen Poe, I began writing poetry and eventually self-published an anthology of my work. At Western Michigan University, I wrote my first novel, Eyes in Atlantis, and I&#39;ve been writing ever since.

Primarily interested in all things fiction, I gravitate toward Science Fiction and Fantasy as my reads of choice. My favorite novels include:
- The Lost World by Michael Crichton
- Siddhartha by Herman Hesse
- A Song of Ice and Fire Series by George R.R. Martin

Also in Series: The Diluvians

Reviews of Eyes in Atlantis by Gerald M. Givens

You have subscribed to Smashwords Alerts new release notifications for Gerald M. Givens.

You have been added to Gerald M. Givens's favorite list.

You can also sign-up to receive email notifications whenever Gerald M. Givens releases a new book.