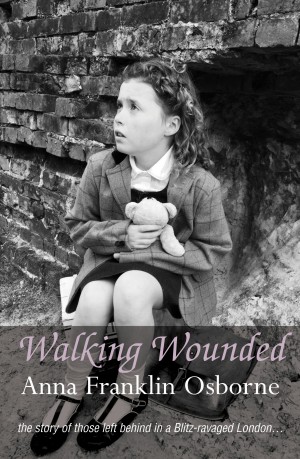 Anna Osborne (née Franklin) lives in a village in The New Forest with her husband, two children and ever-increasing menagerie of animals, where she practises as a chiropractor in the local GP surgery as well as teaching at the Anglo-European College of Chiropractic. Over the past five years she has increasingly explored her long-held desires to write and to sing; and as well as singing with the Chicken Soup Choir, she has written a number of short stories. Walking Wounded is her first novel, inspired by the lives of her grandmother and her Great Auntie Lil and catalysed by walking on the D-Day beaches telling her children about her great-uncles who were part of that Longest Day.

You have subscribed to alerts for Anna Franklin Osborne.

You have been added to Anna Franklin Osborne's favorite list.

You can also sign-up to receive email notifications whenever Anna Franklin Osborne releases a new book.