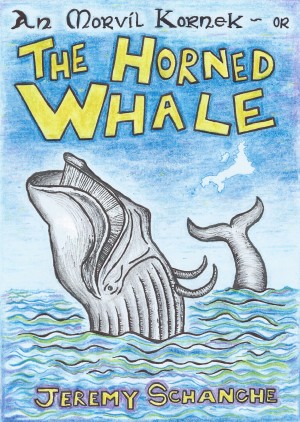 (Note: PRESIDENT CHIMP is available from numerous outlets for simple purchase without registering.)
Fiction can be a pleasurable dream to weave, a further thread in the great collective dreamings of the world. Some may ask or wonder why go on producing fiction in a world awash in it already? Well, to take a lobsterish tilt at the question I’d have to say that surely the ordinary, real and factual actual life that we all live is also a fiction. So publishing a book is merely letting a little fiction loose within a bigger one. Did I hear somebody ask why I would say that the ordinary collective life we live is really a fiction? Well first, fiction, I s’pose we would all mostly agree can be a good thing. We love stories because they are little toy lives, toy universes to dally with – toys for the mind.
Saying life is fictitious is to say that our personal perceptions are a little skewed at times, like a compass that’s just a little off-centre, off true north. Our senses pick up a smidgeon of available-reality and we take that little bit and warp it with our prideful and uninformed, self-centred and confused take on things – in short – our ‘ego’.
Anyway, let’s not be too hard on ourselves, shall we? Poor little humans that we are, just overgrown monkeys really, coat-wearing monkeys going about this ol’ planet, too busy hustlin’, tryna survive and seeking fun to actually ever get down to a serious investigation into the ultimate nature of mind, reality, existence and such and so forth trivia and jibber-jabber Etc. Etc. &c.
I mean don’t get me wrong – I’m just as guilty as the rest of you, in fact worse than most. I haven’t solved, or even got anywhere near any of these real questions myself so I can’t really point the finger if you know what I mean. I’m just a superficial slob just like the rest a ya. (jest). Well, that’s covered that little subject and now we can move on!
Dreams are important and so is acting out our own ideas and visions in the world. Spread Surrealism, Anarchy, Freedom, Universal Loving Kindness – that kind of thing.
The world’s an illusion because its’ atoms ain’t solid – well, not solid enough! Half the time they’re waving at their neighbours. Also because of the slow-fast pyroclastic flow and flux of phenomenal mutation nothing stays the same for very long, so for example you can’t just say ‘water’s water’ because half the time it’s ice or steam - same for everything.
I think the best writers are often, though not always, those who deeply shake up the previous conventions of writer’s formality and habitual style. Out of a constellation of brilliant authors there’s eight who cast their influence over my first book, The Horned Whale. Two of these writers didn’t even write books, but instead were singers, minstrels and lyricists.
Nikola Gogol, Herman Melville, James Joyce, H.P. Lovecraft, Dylan Thomas, Jack Kerouac, Captain Beefheart, Syd Barrett. Each of these writers broke through into fresh and undreampt realms of poetic and visionary expression. Each of them was like a sign, pointing to new possibilities.
My second book, President Chimp, is a little drier. Less clouds, more tarmac. Less waffle, but possibly just a tad more hogwash – I’ll let you make up your own mind on that one. Any road up, the main story, PRESIDENT CHIMP itself, started life as a deeply-needed expression of my reaction to certain little goings on on the world political stage – namely the arrival of USA’s new guy with the bad hair… It came from deep within me and I felt it strongly. I had to expunge the shadow of those jokers from my life and this was my idiosyncratic – and yes, idiotic I hear some of you say – way of doing it. My personal revenge and exorcism of the tyrants and fools who piss all over our ever so ‘umble little lives on a daily basis – just sayin’. So basically the story was ‘influenced’ by anger and I had a lot of fun turning that anger into laughter. I sure hope some of you folks out there in Ebook Land will read it and laugh right along with me.
I s’pose the second story in this collection, MORE OF EVERYTHING, is a bit of a nod towards a certain notorious central European writer but I’ll say no more on that and you can form your own opinion.
Human culture is an echo-chamber with graffiti-covered walls – we share a set of words and ideas and keep re-arranging them like The Glass Bead Game. Well, that’s my excuse anyway.
The scene that takes place in Pawkley Park was dreampt-up in ’92 or ’93 and told to a friend in London at the time but not written down for decades.
Well I’ve probably wasted enough of your time and you’ll likely have had more than a belly-full of my old hogwash by now so I’ll be on me merry way. But being a fiction-writer, it’s probably hard to tell if I’m telling the truth or not – and that’s a fict.
Thanks for reading and have a soulful one.

You have subscribed to alerts for Jeremy Schanche.

You have been added to Jeremy Schanche's favorite list.

You can also sign-up to receive email notifications whenever Jeremy Schanche releases a new book.