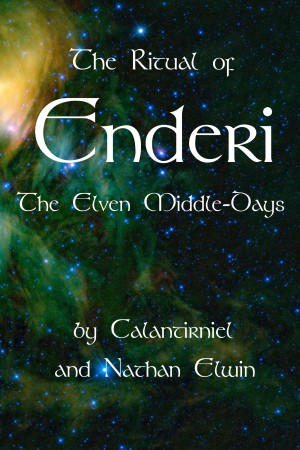 Calantirniel is the Elvish pen name for Lisa Allen, who is also a traditionally-published annuals author since 2007 with the world's largest metaphysical publisher, Llewellyn Worldwide Ltd in the USA, and Moon Books, a division of John Hunt Publishers in the UK. She is an original co-founder of Tie eldalieva, the Elven Spiritual Path, founded in 2005. The first book to be released on Elven Spirituality Press via Smashwords is co-written by Nathan Elwin, called "The Ritual of Enderi - the Elven Middle-Days." (2016)

You have subscribed to Smashwords Alerts new release notifications for Calantirniel.

You can also sign-up to receive email notifications whenever Calantirniel releases a new book.