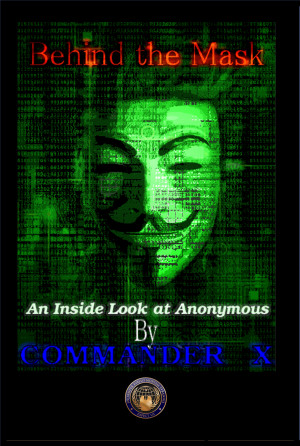 Behind The Mask: An Inside Look At Anonymous

Commander X, aka Christopher Mark Doyon has been a human rights and information activist for 35 years. Beginning with the fight to end apartheid in the 80's when he helped to found the Peoples Liberation Front, and culminating with his deep involvement in the movement known as Anonymous - Commander X has spent over three decades fighting for a truly just and free world.

We Are Legion: The Story Of Anonymous
"We Are Legion: The Story of the Hacktivists" is a documentary that takes us inside the world of Anonymous, the radical "hacktivist" collective that has redefined civil disobedience for the digital age. The film explores the historical roots of early hacktivist groups like Cult of the Dead Cow and Electronic Disturbance Theater and then follows Anonymous from 4chan to a full-blown movement.

About the Series: X Chronicles Trilogy 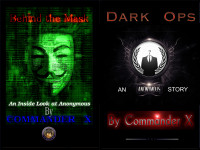 Three books telling the story of a decade spent involved in the idea called Anonymous.

Reviews of Behind The Mask: An Inside Look At Anonymous by Commander X

You have subscribed to Smashwords Alerts new release notifications for Commander X.

You have been added to Commander X's favorite list.

You can also sign-up to receive email notifications whenever Commander X releases a new book.