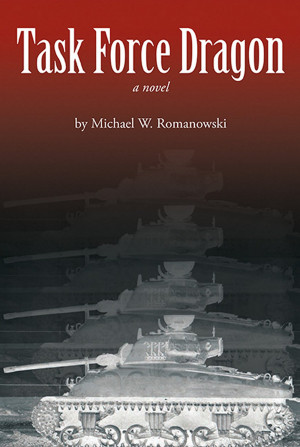 By Michael W. Romanowski
Battle of the Bulge survivor Phillip Vogel has been given a dangerous mission: drive 50 miles behind enemy lines to stage a rescue at a brutal Nazi POW camp. The lives of hundreds of American GIs hang in the balance. But there is more to the tale--secrets long buried and treason lie behind every bend in the road. What had been simply impossible is now a virtual suicide mission, unless Vogel can... More
January 1945: World War II has entered its final stages, and the Allied powers jockey for both power and dominance. The various Allies, however, are not always on the best of terms--especially the USSR and the various democracies that must now work together to stop Hitler from his mad plan to seize control of all of Europe.

For US Army Major Phillip Vogel, this tense but secret dance of nations has become all too real. Secret documents detailing a dangerous subterfuge have come into German hands, and it is up to Vogel to acquire them and bring them safely out of Germany in the last days of the Third Reich. Add in a mission to relieve a brutal POW camp and fanatical Nazi defenders, and you have a mission that just may be his last.
Available ebook formats: epub mobi pdf lrf pdb txt html
First 20% Sample: epub mobi (Kindle) lrf more Online Reader
pdb
Price: $5.99 USD
Buy Add to Library Give as a Gift
How gifting works
Create Widget
Tags: thriller suspense military ww2 germany us army nazis military thriller
About Michael W. Romanowski

A keen interest in all things military has always been a central part of Michael Romanowski's life. Many members of his family are veterans of one (or more!) of the armed services. His grandfather served in the First World War. His father was in the U.S. Navy during World War II. So it seemed natural to him to join the United States Marine Corps, and thereby served in various locations around the globe, including Camp Pendleton, CA, and Okinawa, Japan.

After his time in the service Michael earned a BA in journalism from Wayne State University in Detroit. After graduation he worked as a security consultant for the automotive industry.

Today he lives in Central Missouri with his lovely wife and two children. His interests include collecting antique firearms, military history, and, of course, reading a good book whenever time allows.

You have subscribed to Smashwords Alerts new release notifications for Michael W. Romanowski.

You have been added to Michael W. Romanowski's favorite list.

You can also sign-up to receive email notifications whenever Michael W. Romanowski releases a new book.