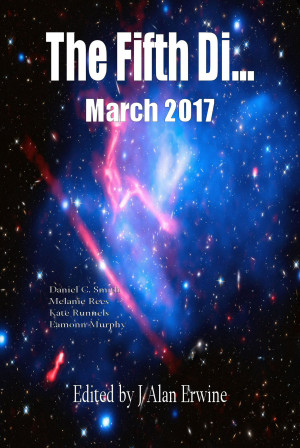 By J Alan Erwine
The March 2017 issue of The Fifth Di… starts yet another year of wonderful science fiction and fantasy fiction.
This issue brings you fiction from Daniel C. Smith, Melanie Rees, Kate Runnels, and Eamonn Murphy. These stories will have you questioning reality, questioning what’s right and wrong in the world, and maybe even questioning what we should tolerate as the world changes around us.