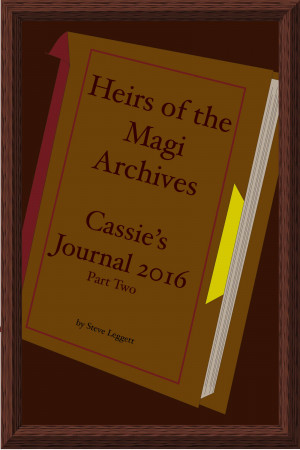 Cassie's adventures as she continues her journey toward the Ascension of the Light are recorded in her daily journal. The normal, everyday life of a teen Magi Master can get very complicated as she deals with everything from normal teen problems to managing multi-billion dollar family business investments. Welcome back to Witch Falls for the second half of 2016. Enjoy your visit! More
The second-half of 2016 is a very exciting time for Cassie, her family, and their friends. Continuing summer holidays is just the start of the fun as Grade Eleven will be an amazing school year for her too with football, cheerleading, and the new marching band keeping her even busier than ever! Continuing to prepare and work toward the Ascension of the Light will continue to be a huge part of her life, but Cassie is still a teen Magi Master; and has all of the usual issues that all teens have to deal with - whether that's her social life; part-teim jobs; or even simply finding opportunities for some quality alone time with Michael! Come and enjoy the continuing Heirs of the Magi adventure from Cassie's perspective as we journey from the end of Magi Master through to the Ascenscion of the Light!
Download: epub mobi (Kindle) pdf more Online Reader
pdb txt
Price: Free! USD
Add to Library
Create Widget
Tags: magi heirs of the magi witch falls cassies journal steve leggett
About Steve Leggett

I've been an avid reader since my early childhood, and though I've been legally blind for around twenty years now, that love of books has continued, despite the challenges.

The bug to try seriously writing books hit me in 2007, and I started with writing fan fiction stories, which was a great way to learn how to develop story lines and existing characters, as well as do research and new character creation. The feedback from readers, both positive and negative, was also a very important part of the learning process. Two million or so words, and several thousand pages later, and I was ready to start Heirs of the Magi.

Fantasy epics and series are my favorite books. Whether I'm visiting the worlds created by authors like Andre Norton and Frank Herbert, or exploring the magic closer to home, like with Nora Roberts and so many other classic and contemporary writers, it's the more intimate involvement with the people and places that these books create that I love most.

That's the type of story I had in mind when I began developing Heirs of the Magi, and I hope that you will love the books as much as I've loved bringing them to you! 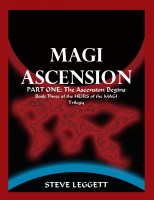 You have subscribed to alerts for Steve Leggett.

You have been added to Steve Leggett's favorite list.

You can also sign-up to receive email notifications whenever Steve Leggett releases a new book.