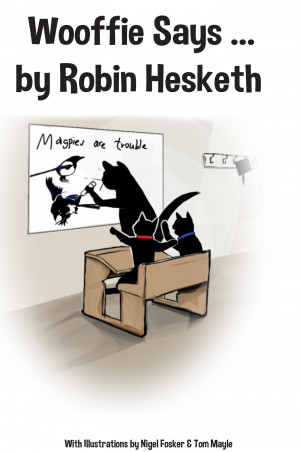 ROBIN HESKETH is a cancer biologist who has worked for many years in the University of Cambridge. He lives in a cottage just outside Cambridge with his wife Jane and two cats.
He has published over 100 research papers and written three textbooks on cancer, the most recent being “Introduction to Cancer Biology” (2013). His first venture into popular science writing, “Betrayed by Nature”, came out in 2012. Since then he has devoted much of his time to public engagement in science, including talking to schools. He gave the opening lecture of the 2013 Cambridge Science Festival, has participated in panel discussions at Cambridge Wordfest, appeared with comedian Robin Ince in ‘Happiness through Science’ and in the Christmas pantomime ‘Science Ghosts’ at The Bloomsbury Theatre, done a stand-up comedy routine for The Bright Club science cabaret, spoken on various radio shows in the UK (including The Jeremy Vine Show, BBC Radio 4) and North America, completed a lecture tour of Australia in April 2014 and was an invited speaker at the 2014 Hay-on-Wye Literary Festival. His next pop sci book “The Secret of Life” is due to be published in 2017. "Wooffie Says ..." is his first children's story book.

I really hope you enjoyed reading about Wooffie and ‘the girls’ and that the science and English points got you thinking! Here are my social media coordinates:

Blog: “Betrayed by Nature”, a commentary on current cancer topics for non-scientists: http://cancerforall.wordpress.com/

You have subscribed to alerts for Robin Hesketh.

You have been added to Robin Hesketh's favorite list.

You can also sign-up to receive email notifications whenever Robin Hesketh releases a new book.