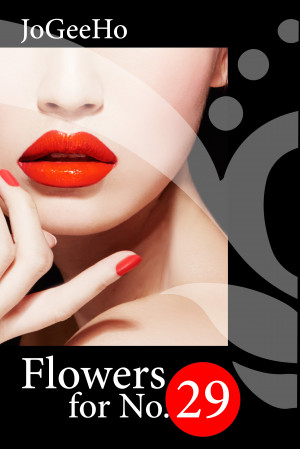 For Toni, it was a journey home to reconnect with family and friends, after ten years in Shanghai, and a breakup that took place through an email.

Much had changed. Her mother now a widow and she, single again.

Her best friend, a once-abandoned dog. Alcohol, her drug and painkiller.

The other, a young lady from China. Leaving her country and dreams of playing in a world-class orchestra to work at a place, where men wooed the women of their fancy, with flowers worth tens of thousands.

From being a singer known only as No. 29, she quickly became the top-grossing girl, making more money in a night than some of the much more established names in the industry.

Their paths crossed and the two strangers became friends. Forming a bond thicker than blood.

Falling in love and into a world ruled by shady characters.

Getting caught in a web of lies, cover-ups and a series of events which eventually led to the disappearance of the golden girl; Toni’s new found love.

JoGeeHo spoke her first word only when she was four years old, after overhearing her mother tell the neighbour that her daughter was dumb, and needed to get her tongue cut.

She more than made up for the years she was thought to have Ankyloglossia. Breaking the silence, few days after the eavesdropping, by talking too much about anything and everything.

Telling everyone (who cared to listen) that she had great ambitions to be a bus conductor, newspaper girl, car washer, dog walker, singer in a band, private investigator, psychologist, hit woman, or murderer [in a book or movie] …

After struggling as a secretary, learning to type with one finger and teaching her Japanese boss English for six months, she eventually quit daydreaming to become a copywriter.

She now writes freely, inspired by anything and everything. Love, friendship, betrayal, mother-daughter conflict, flowers, dogs, loneliness, alcoholism in her debut book titled Flowers for No. 29

Reviews of Flowers for No. 29 by JoGeeHo

You have subscribed to Smashwords Alerts new release notifications for JoGeeHo.

You can also sign-up to receive email notifications whenever JoGeeHo releases a new book.