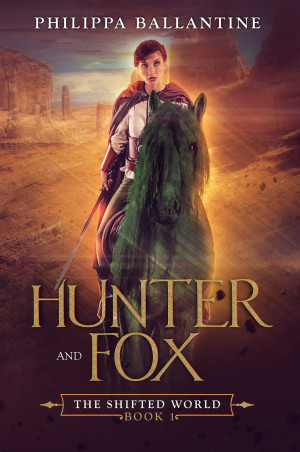 Born in Wellington, New Zealand, Philippa has always had her head in a book. For this she blames her father who thought Lord of the Rings was suitable bedtime reading for an eight year old. At the age of thirteen she began writing fantasy stories for herself.

She first earned a Bachelor of Arts in English Literature and Political Science and then a Bachelor of Applied Science in Library and Information Science. So soon enough she found herself working in the magical world of libraries where she stayed for over a decade.

Her first professional sale was in 1997, and since then she has gone on to produce mostly novel length fiction. In 2006 she became New Zealand’s first podcast novelist, and she has voiced and produced Weaver’s Web, Chasing the Bard, Weather Child and Digital Magic as podiobooks. Her podcasts have been short listed for the Parsec Awards, and won a Sir Julius Vogel award.

Philippa is the author of the Books of the Order series with Ace- Geist and Spectyr are available now while, Wrayth (2012) and Harbinger (2013) are to follow. She is also the co-author of the Ministry of Peculiar Occurrences series with Tee Morris. Phoenix Rising debuted in May 2011 and the Janus Affair will be out in 2012. She also has the Shifted World series with Pyr Books, with the first book Hunter and Fox coming in 2012.

When not writing or podcasting, Philippa loves reading, gardening, and whenever possible traveling. Her two Siberian cats, Sebastian and Viola make sure she and the family stay out of trouble.

You have subscribed to alerts for Philippa Ballantine.

You have been added to Philippa Ballantine's favorite list.

You can also sign-up to receive email notifications whenever Philippa Ballantine releases a new book.