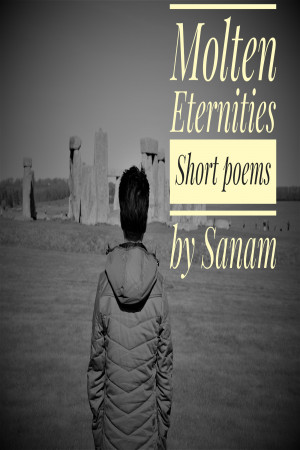 Born and brought up in Amritsar (India), Sanam migrated to Melbourne, Australia in 1999. It is this dichotomy of being a migrant, where the writer emerges in Sanam, as he grapples with a sense of his identity across two cultures. Growing up, writing and poetry, started as a fanciful hobby for Sanam. He would often sneak into his dad’s library and stealthily feast on the works of many famous poets and writers. Tamed Words is Sanam’s first book where he takes the leap from being a writer who kept losing poetry written on stray pieces of paper, to a published poet. Sanam spends his days working in a successful Corporate career, while, the nights are often spent being a writer. Sanam lives in Melbourne with his wife (and his biggest supporter) Jasdeep, and their 7 year old son, Arjun.
Sanam invites feedback about his writings and is contactable on sanam.asr@gmail.com or on twitter @thesmalltownboy

You have subscribed to alerts for Sanam.

You can also sign-up to receive email notifications whenever Sanam releases a new book.