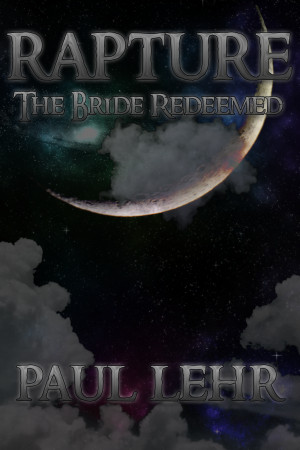 Rapture, The Bride Redeemed is a love story and dives into these issues and breaks down the text. What role does Jesus Christ play in the notion of “rapture”? Does it matter how individual people relate to Christ regarding the coming event?

The idea was communicated across thousands of years ago and here we are in the 21st century. There is a cultural and language bridge we need to cross to fully understand and comprehend what is being stated in the text. We struggle to relate to customs of life in an agrarian society two to four thousand years ago in the Middle East.

What about Israel and the church, the bride of Christ. Did the church replace Israel? Is God finished with Israel or do they have a future greatness? What does destiny have in store for both the church and Israel? Understanding these two entities is a key factor to making sense of the end time’s scenario.

The resurrection, the rapture, and the Second Coming of Jesus Christ…are these events related? Confusion is often noted with the discussion of these three happenings. When do they occur relative to each other and the Great Tribulation?

Does God give answers with time markers relative to His Appointed Holidays? God tells us how to keep time from the beginning in Genesis. Can we accurately tell time as directed by God? We need to look to the sky (sun, moon, and stars) for those answers. Marking time is a moral matter of truth, not science as far as God is concerned.

What in the world is a kinsman redeemer? And what does a Jewish wedding have to do with Jesus Christ and His bride, the church, or body of Christ? Does Jesus have a role and what is it? What is the point and purpose of the church? The symbols, process, and order of the engagement and wedding tell the story. Today in the 21st century, where are we in the marriage procession?

These questions and more are answered in the Rapture, The Bride Redeemed.

When Paul’s son was born prematurely in 2003, there was lots of support from family and friends. Keeping up with phone calls was too much. So he provided e-mails with updates on health and well-being. In time, his son was healthy and came home. The e-mails stopped but Paul was encouraged to keep writing.

Three years later, Paul was asked to assist in writing a Sunday school curriculum. The lessons were well received by the local body and on the church website. Again, he was encouraged to keep writing. Next, Paul taught a Sunday School class for junior high and high school students. He would share notes with others from the class he was teaching.

Later, a young man at a local church encouraged Paul to start a blog. The website focuses on topical studies such as creation, God’s Appointed Holidays and Feasts, the Gospel of Jesus Christ, end times prophecy, ancient Hebrew cultural customs, the Prophet Isaiah, and various topical studies. Three years later, Paul’s son told him, “Dad, you need to do updates on how the news is tied to the Bible.” The “Trend Update” was born. Exposure continues to grow and increase.

A friend and fellow Boy Scout father encouraged Paul to start a YouTube channel. His friend thought it was a natural fit considering the content and subscribers from the website. God’s prophetic words have reached millions in over 190 countries.

Isaiah 55:11 So will My word be which goes forth from My mouth; it will not return to Me empty, without accomplishing what I desire, and without succeeding in the matter for which I sent it.

Guest speak and presenter duties have focused on the topics of the Gospel of Jesus Christ in God’s Appointed Spring Feasts and current events related to Bible prophecy.

At this time, Paul would like to encourage each individual to learn about who God is. Because one way or another, we are all eternal. The issue is our destiny.

You have subscribed to alerts for Paul Lehr.

You have been added to Paul Lehr's favorite list.

You can also sign-up to receive email notifications whenever Paul Lehr releases a new book.