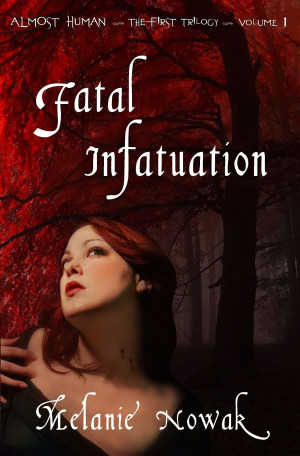 Melanie Nowak is author of the venomous vampire series ALMOST HUMAN, a happily married mom of 2 boys, and holds a Master's Degree in Library and Information Science. Originally from Long Island, she now lives with her family on a peaceful mountaintop in the forest of upstate New York. She has always had a vivid imagination and a fascination for the paranormal. Acting and singing are loves of hers as well. However, upon conceiving the idea for her ALMOST HUMAN series in 2003, she discovered a previously unknown passion for writing! Now she puts her over-active imagination to good use, creating characters she loves, and she gets to play all of the parts!

About the Series: ALMOST HUMAN - The First Trilogy 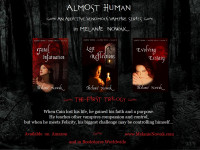 In this paranormal fantasy, chapters alternate between a vampire and a young woman, as they join an ensemble cast to navigate difficulties of addiction and desire; perils of zombies and vampires; and struggles with abuse, morality and... college. 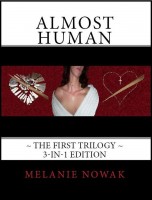 You have subscribed to Smashwords Alerts new release notifications for Melanie Nowak.

You have been added to Melanie Nowak's favorite list.

You can also sign-up to receive email notifications whenever Melanie Nowak releases a new book.