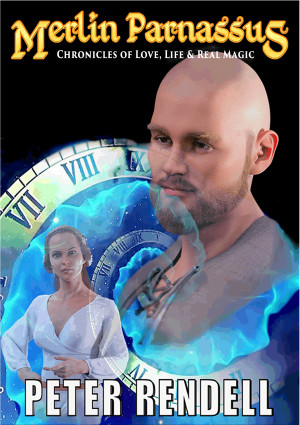 I was born in the United Kingdom; my parents were wardens for the Youth Hostels Association on a smallholding in Surrey. My formative years were spent in the City of Bath in Somerset, where I spent many evenings at the roller-skating rink watching pop-groups such as ‘the Small Faces’, ‘the Yardbirds’, ‘the Trogs’ and many more. Those were the sixties, the days of the Mods and Rockers, where the Rockers did nasty things with motorcycle chains to the scooter-riding Mods.

My first book “Merlin Parnassus” recounts the life of Merlin, who was blessed by Gaia; he was given long life and promised he would master Real Magic. He was the wizard at King Arthur’s court. My trilogy “Samantha’s Journey” postulates that magic spells, were defined like computer programs.

Your host tells you he is a magician who uses ‘real magic’ in his stage illusions. Would you volunteer to be his assistant?

You have subscribed to alerts for Peter Rendell.

You have been added to Peter Rendell's favorite list.

You can also sign-up to receive email notifications whenever Peter Rendell releases a new book.