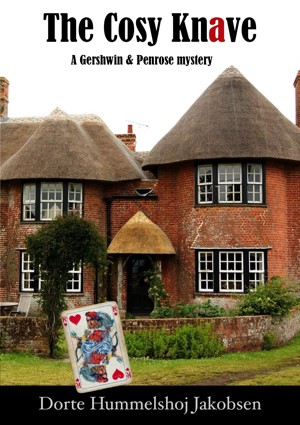 A cosy Yorkshire mystery. The vicious attacks begin when the prodigal son of Knavesborough returns to the sleepy village after forty years in Argentina with fame and fortune.

No wonder that spiteful Rose Walnut-Whip is killed, but when the violence escalates, Constable Penrose knows he needs help from his fiancée, librarian Rhapsody Gershwin.

A humorous cosy mystery, set in Yorkshire 2010. By the author of the bestselling ghost story "Heather Farm".

The vicious attacks begin when the prodigal son of Knavesborough, Mark Baldwin, returns to the sleepy village after forty years in Argentina, fully equipped with fame, fortune and effeminate butler.

Small wonder that the spiteful nosey parker Rose Walnut-Whip is stabbed, but how could the murderer get away with shattering the perfect, English tearoom idyll in front of twenty villagers?

Constable Archibald Penrose is in dire need of assistance as his superior, DI Mars-Wrigley, is preoccupied with England´s chances in the football world cup. Penrose´s enthusiastic fiancée, the mint-new librarian Rhapsody Gershwin, is more than willing to help as she sees this as Penrose´s route to promotion (and a welcome raise).

As she is the vicar´s daughter, Rhapsody´s treasure trove of local knowledge may come in handy, and to be perfectly honest, the young sleuth may also be a tad curious. And of course the crimes do not stop here. A dangerous criminal is on the lose in Yorkshire. Can the young couple stop the perpetrator in time?
Available ebook formats: epub mobi pdf rtf lrf pdb txt html
First 30% Sample: epub mobi (Kindle) lrf more Online Reader
pdb
Price: $2.99 USD
Buy Add to Library Give as a Gift
How gifting works
Create Widget
Tags: british cozy mystery humour crime fiction women sleuths village setting
About Dorte Hummelshoj Jakobsen

After some years as a teacher, Dorte Hummelshoj Jakobsen has embarked on a new career as a writer of crime fiction. She lives in Denmark, near the North Sea, and she writes mysteries in English as well as her native language.

In 2010 she sold her first stories to American magazines and publishers. She set out writing some cosy mysteries and collections of short stories. Her most popular cosy is "Murder deLight" (also titled "The Cosy Knave") - a humorous and cosy novel featuring village constable Archibald Penrose and his plucky fiancée, the librarian Rhapsody Gershwin.

In 2012 she published her first serious psychological mystery, "Anna Märklin's Family Chronicles", a bestseller set in Denmark. "Anna Märklin" is a standalone, whereas Jakobsen's latest book, "North Sea Cottage" is the first in a planned series about the amateur detective and writer Tora Skammelsen from an isolated village in Jutland. The Tora Skammelsen series has been well received in Denmark, and more stories will be published soon. 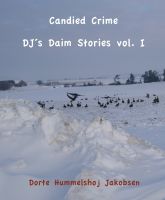 Reviews of The Cosy Knave by Dorte Hummelshoj Jakobsen

Review
Bodil Braendstrup reviewed on Feb. 4, 2012
(no rating)
The Cozy Knave was a delightful book. Apart from the plot I enjoyed the humourous names of the figures with all their associations. So this makes me want to read more of Dorte Hummelshoj Jakobsen's books.

The 2010 World Cup is playing and twenty or so locals gather in Knavesborough village at Ye Cosy Knave to watch the match between England and Germany. During a moment of charged atmosphere, leaping out of chairs, jeering and swearing at the television, Rose Walnut-Whip, the local nosey parker, is stabbed to death with a sharp chisel. No one suspects anything until half time.

Chief Inspector Mars-Wrigley of the North Yorkshire Constabulary, self-centred and more interested in the World Cup, puts Constable Archibald Penrose in charge of the murder investigation. Young and inexperienced, he welcomes the enthusiastic assistance of his clever fiancé, Rhapsody Gershwin, to help crack his first case.

As theories and new developments abound, the policeman and amateur sleuth flush out more than a murderer, but a few local secrets and lies too.

I found this an entertaining read and chuckled throughout. It is well written and the characters are engaging. Rhapsody is strong-willed and keen as mustard, often putting herself in precarious (and hilarious) situations. Archibald is equally endearing. He cycles to work and enjoys a hearty home-cooked meal, is serious about his job and reliant on Rhapsody. The names of the characters are stellar, for example, Constables Smith, Wesson, Winchester, Remington and Enfield! There are plenty of scenes that elicit laughter, but there is a mystery to solve too, all of which keep the reader flicking back the pages.

To begin with, I lost my way with a large cast of characters, but once I hit my stride, they fell into place quite nicely. This is a cosy and charming read, so if you were looking for a break from those darker, heavier stories, I’d recommend The Cosy Knave.

As the author knows, humorous cozies are not quite my thing, but there's a lot like about THE COSY KNAVE.

The setting is the village of Knavesborough in Yorkshire and the various matches in the Soccer World Cup are being streamed onto a big plasma screen in Ye Cosy Knave the local tea shoppe. In fact the first murder takes place while locals are watching a match, and the victim is one of the audience. England's chances are still alive at this stage and Constable Archie Penrose's superior officer is determined that nothing will spoil his viewing of future matches.

If you enjoy traditional cozy mysteries with a touch of humour then you'll enjoy this carefully crafted, imaginatively written one. There are plenty of red herrings and the names of the characters have been carefully chosen, tickling the imagination at regular intervals.The threads are all resolved at the end with great panache.

You have subscribed to alerts for Dorte Hummelshoj Jakobsen.

You have been added to Dorte Hummelshoj Jakobsen's favorite list.

You can also sign-up to receive email notifications whenever Dorte Hummelshoj Jakobsen releases a new book.