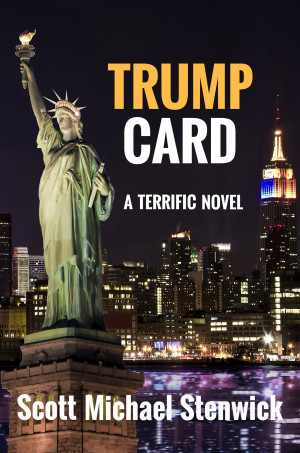 Scott Michael Stenwick was born in Minneapolis, Minnesota in 1969. A natural storyteller from early childhood, he was drawing pictures and assembling them into simple narratives before he could read or write. He developed an interest in esoteric studies as a teenager following in the footsteps of his great-grandmother, a professional astrologer and medium, and began practicing ritual and ceremonial magick.

He attended Saint Olaf College in Northfield, Minnesota and graduated in 1991 with a degree in psychology. In college he worked on two novels but eventually decided that neither was suitable for publication without substantial revision. His first published novel, Arcana, was released in December 2009 by Pendraig Publishing. He is also a prolific blogger at Augoeides, where he has been publishing original esoteric work and documenting the paranormal since 2006, and the author of several non-fiction books on the Western Esoteric Tradition.

In addition to his writing projects he currently works in the information technology field as a technical solutions architect. In this capacity he has worked for several Fortune 500 companies and designed and developed numerous business applications.

You have subscribed to alerts for Scott Stenwick.

You have been added to Scott Stenwick's favorite list.

You can also sign-up to receive email notifications whenever Scott Stenwick releases a new book.