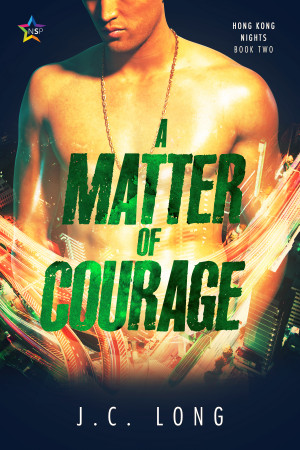 A Matter of Courage

Will Winston and Steel be able to find the courage to face not only the unknown killer stalking the Dark Streets racers but also their growing feelings? More
Winston Chang has spent much of his young life admiring the Dragons who have kept his area safe and fought off the gangs that would bring violence to their area. Now that he’s an adult, he wants nothing more than to join the Dragons and live up to those standards.

The opportunity presents itself when his passion and knowledge of cars is just what the Dragons need. One of their own has been killed and his death seems linked to his involvement with the illegal racing scene known as the Dark Streets. Winston is needed to infiltrate the scene and find out who is responsible and why.

Will Winston and Steel be able to find the courage to face not only the unknown killer stalking the Dark Streets racers but also their growing feelings?
Available ebook formats: epub mobi pdf lrf pdb txt html
First 20% Sample: epub mobi (Kindle) lrf more Online Reader
pdb
Price: $6.49
$3.24 USD
Buy with coupon Use the code SSW50 at checkout for 50% off during our site-wide promotion!
(Offer good through July 31, 2021 )
Have a better coupon?
Add to cart, then apply your coupon
Add to Library Give as a Gift (using coupon)
Have a better coupon?
Add to cart for gifting, then apply your coupon
How gifting works
Create Widget
Tags: romance crime gay lgbt bisexual contemporary friends to lovers slow burn mafie
About J.C. Long

Reviews of A Matter of Courage by J.C. Long