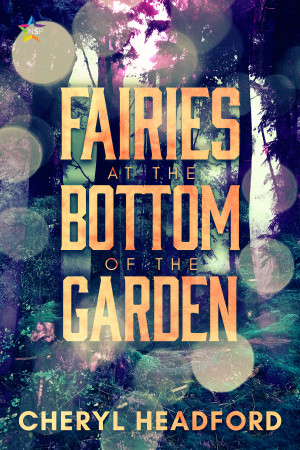 Fairies at the Bottom of the Garden

While Draven explores Keiron’s world with wide-eyed wonder, Keiron does everything he can to keep Draven’s at bay, until the only way to save Draven and bring him home is to step into a world that should exist only in children stories. More
All Keiron wants is a quiet life. Fat chance with a boyfriend like Bren. But if he thought Bren complicated his life, that was nothing compared to the complications that begin when he opens the door to what he thinks is a naked boy claiming to be his slave.

Draven is a fairy with his sights set on the handsome human who keeps a wild place in the garden for fairies. When Draven slips through a fairy gate into the city, he sets in motion a series of events that binds him to Keiron forever, and just might be the end of him.

While Draven explores Keiron’s world with wide-eyed wonder, Keiron does everything he can to keep Draven’s at bay, until the only way to save Draven and bring him home is to step into a world that should exist only in children stories.

Cheryl was born into a poor mining family in the South Wales Valleys. Until she was 16, the toilet was at the bottom of the garden and the bath hung on the wall. Her refrigerator was a stone slab in the pantry and there was a black lead fireplace in the kitchen. They look lovely in a museum but aren’t so much fun to clean.

Cheryl has always been a storyteller. As a child, she’d make up stories for her nieces, nephews and cousin and they’d explore the imaginary worlds she created, in play. Later in life, Cheryl became the storyteller for a re enactment group who travelled widely, giving a taste of life in the Iron Age. As well as having an opportunity to run around hitting people with a sword, she had an opportunity to tell stories of all kinds, sometimes of her own making, to all kinds of people. The criticism was sometimes harsh, especially from the children, but the reward enormous.

It was here she began to appreciate the power of stories and the primal need to hear them. In ancient times, the wandering bard was the only source of news, and the storyteller the heart of the village, keeping the lore and the magic alive. Although much of the magic has been lost, the stories still provide a link to the part of us that still wants to believe that it’s still there, somewhere. In present times, Cheryl lives in a terraced house in the valleys with her son, dog, bearded dragon and three cats. Her daughter has deserted her for the big city, but they’re still close. She’s never been happier since she was made redundant and is able to devote herself entirely to her twin loves of writing and art, with a healthy smattering of magic and mayhem.

You have subscribed to alerts for Cheryl Headford.

You have been added to Cheryl Headford's favorite list.

You can also sign-up to receive email notifications whenever Cheryl Headford releases a new book.