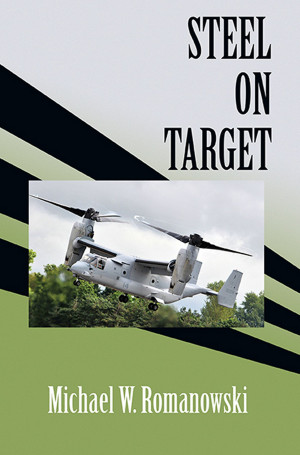 Steel on Target - A Novel

Nearing retirement, Marine Warrant Officer David Sweet has but one loose thread to tie up. One final mission to survive. As night falls for the last time over Saddam Hussein and his evil regime, American forces pour into Baghdad. One elite unit will seek out someone from Sweet’s past--a woman who is as deadly as she is beautiful. Now treachery is found around every corner, and murder is in the air. Who can Sweet trust? And will he discover who his true allies are before a deadly plot is hatched, and untold thousands die?

Steel on Target is the thrilling sequel to Inside the Kill Box.

A keen interest in all things military has always been a central part of Michael Romanowski's life. Many members of his family are veterans of one (or more!) of the armed services. His grandfather served in the First World War. His father was in the U.S. Navy during World War II. So it seemed natural to him to join the United States Marine Corps, and thereby served in various locations around the globe, including Camp Pendleton, CA, and Okinawa, Japan.

After his time in the service Michael earned a BA in journalism from Wayne State University in Detroit. After graduation he worked as a security consultant for the automotive industry.

Today he lives in Central Missouri with his lovely wife and two children. His interests include collecting antique firearms, military history, and, of course, reading a good book whenever time allows.

You have subscribed to alerts for Michael W. Romanowski.

You have been added to Michael W. Romanowski's favorite list.

You can also sign-up to receive email notifications whenever Michael W. Romanowski releases a new book.