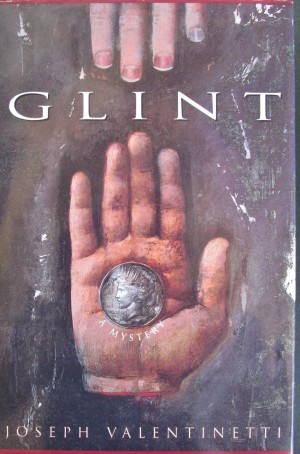 The Type Of People I Write About
There are many reasons a person will pick up a book. They’re looking for something, it could be anything. So let me give some idea of what you’ll find when you open a book of mine. But first let me tell you what you won’t find. None of my characters are innocent. They are not finding love for the first time. They are not stunning symbols of ideal beauty or intelligence. They may be jaded or naïve but they are not brand new. None of my characters are capable of turning into bats, wolves or anything requiring a special uniform, especially a cape. They can’t leap over tall things, least of all buildings. They don’t wear masks or have faithful Indian companions. They don’t dress like they’re in Sherwood Forest and they don’t have a shapely fairy with dragon-fly wings who can sprinkle them with pixy dust and make their dreams come true. No ruby slippers, no magic Lamps. Don’t get me wrong, there’s nothing wrong with characters like that or people who write about them, it just that I don’t.
What you will find are people, ordinary average people who find themselves in extra-ordinary circumstances. People who have gotten themselves into a position that’s completely new to them and they have to figure out how to get out of it. If they don’t find a way the consequences will be severe and most likely fatal.
There’s a spiritual song called The Lonesome Valley. It says, `Nobody can go there for you’. While that’s true, there are many people willing to help them find the path to it, if they’re not careful. My characters can’t buy their way out, they can’t wish their way out. They can’t hope for the best, they can’t pretend it isn’t happening. They can’t say it’s all someone else’s fault. It’s their time in life to face the facts.
E.M. Forster said the only way to end a work of fiction in a satisfying way is with death or marriage. Both satisfactorily signal the end of the adventure. My writing never ends with all the questions neatly answered. Some of the conclusion is left to the reader to ponder. Some readers think this isn’t the way books should be but some books are, mine for example.

Whenever I’m faced with the prompt to say something about myself I’m stumped. Maybe it’s because when I read how other people have responded to that, with dates of birth, schools attended, jobs held, marriages tried, children raised, accomplishments they’re proud of, I’m a little to a lot bored by it. Resumes and vita sheets-I don’t know. I always thought the only difference between a resume and a prison record was who’s doing the writing, who’s the record keeper.

I was born in New York City. From a national perspective it’s a world class place, full of everything anyone could ever want. From someone who grew up there it was the biggest small town in the world. Most New Yorkers live in enclaves of a few thousand people and spend most of their lives in a limited geographical area. My years there were spent in Washington Heights-some trips downtown, once to Jersey, to a camp, sponsored by the church for poor kids, but mostly within the confines of a square mile or two. I failed to graduate from George Washington High School because I failed to attend most of the time. By the authority vested in the City of New York I was transferred from GWHS P.S. 192 to P.S. 614. The 600 schools were special. To put it simply, you went on Monday and came home in June. I’d probably still be there but, about this time, the transit authority built the second level of the George Washington Bridge through my bedroom, forcing us to relocate, relieving the city of its responsibility toward my education.

One night, some friends and me were sitting around bored, playing cards, in a furnished room, on 48th and Palisades, over the 300 Club, in Union City New Jersey. We were mostly jobless, older teenagers. I don’t remember how the subject came up but we were talking about military service. Henry said he liked the Air Force, they had cool raincoats. I said the Army was three years and that was better than the four years the air Force demanded so it was the better deal. We cut the cards for it. I drew a queen. We enlisted the next day, on the buddy plan, Henry and me. He got pneumonia the first week of basic training and that was the last I saw of him.

Through no fault of my own I served in the peace time army. I got my GED in the service. I earned the GI bill for my time. All in all I got the better of the deal. It paid all the way through to a master’s degree in education. My undergraduate advisor told me I was the brightest undergraduate he’d ever met. My son’s mother said I was the dumbest bastard she’d ever met. A hand full of one, a handful of the other. Neither held the ring of truth or the aroma, for that matter, I wanted from either relationship. I was probably somewhere in the middle. I was a counselor/instructor at the University of Minnesota. I worked with federal grants to help underprivileged students access higher education. I did that until the university and federal government decided educating the underprivileged was no longer something worth doing.

During this same period I worked in public relations photography for the music industry, photographing their artists when they came to town for concerts. I also did studio photography as well as teach photography for Metropolitan State University. I taught training classes for state employees in utilizing media to improve agency communication. I had five one-man shows of my Photographs at the universities and private galleries.

I have since worked as a Public Guardian and a private detective. There is a block of time in this later period that I refer to as The Lost Years. You’ll have to wait to hear about that.

So. Now I’ve said something about myself. 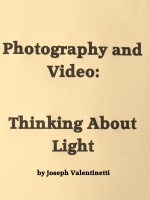 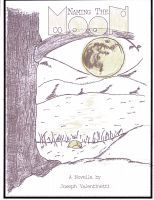 Reviews of Glint by Joseph Valentinetti

You have subscribed to Smashwords Alerts new release notifications for Joseph Valentinetti.

You have been added to Joseph Valentinetti's favorite list.

You can also sign-up to receive email notifications whenever Joseph Valentinetti releases a new book.