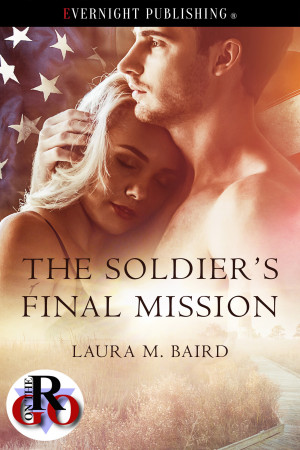 Six years later, when a mission incident nearly ends Bob’s life, he reflects on what could have been, never having forgotten the woman who loved him. Bob realizes he’ll do whatever it takes to have Becca back in his life—if she can see past his scars.
Available ebook formats: epub mobi pdf lrf pdb txt html
First 10% Sample: epub mobi (Kindle) lrf more Online Reader
pdb
Price: $2.99 USD
Buy Add to Library Give as a Gift
How gifting works
Create Widget
Tags: romance military short story love story contemporary soldier second chance love
About Laura M. Baird

Wife, mother, Army veteran, dental hygienist, and published author. I strive to write contemporary romance full of emotion, laughter, and suspense ... along with a variety of heat! When not reading or writing, I love spending time with family in the Pacific Northwest.

Reviews of The Soldier's Final Mission by Laura M. Baird

You have subscribed to alerts for Laura M. Baird.

You have been added to Laura M. Baird's favorite list.

You can also sign-up to receive email notifications whenever Laura M. Baird releases a new book.