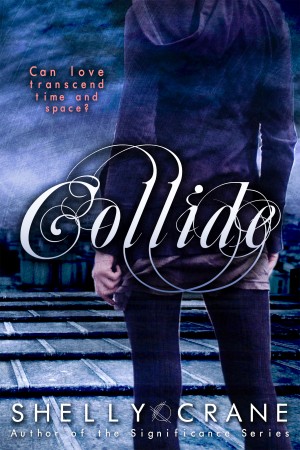 Shelly is a New York Times and USA Today bestselling author from a small town in Georgia and loves everything about the south. She is wife to a wonderful husband and stay at home mom to two boisterous and mischievous boys who keep her on her toes. They currently reside in everywhere USA as they happily travel all over with her husband's job. She loves to spend time with her family and friends, go out to eat at new restaurants and site see in the new areas they travel to, listen to music and also LOVES to read.
Her own books happen by accident and she revels in the writing and imagination process. She doesn't go anywhere without her notepad for fear of an idea creeping up and not being able to write it down immediately, even in the middle of the night, where her best ideas are born. 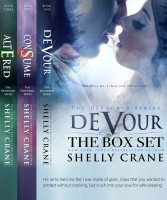 Sherry, the heroine of this book, has no self-confidence at all. She thinks of herself as plain Jane, not deserving better things in her life. The only thing she finds special about herself is her ability to always know whether people are telling her s truth or a lie. Basically, she is a human lie detector. She lives with her brother Danny, whom she loves dearly. Her ex-boyfriend is one from the nightmare - making fun of her, trying to force her to sex, stalking her constantly. Than one day her ex-boyfriend comes, claiming that he is someone else and that he is here to save her and her brother. That was when things got really interesting...

Collide is very original dystopian-paranormal-alien kind of story. I love Shelly Crane. In every single book I read by this author, she was able to grab my full attention and suck me right into the story. Ant it was the same with this book too. All that "alien" stuff author created in this book was pretty fascinating and exciting to read about. Story was sometimes slow paced but never boring.

I really liked relationship Sherry had with her brother Danny. It is always nice to read about siblings who actually truly love each other. Moreover, Sherry was a very honest person and I liked that about her a lot. The world in this book became a very dangerous place but Sherry always showed her good spirit and I had to admire her for that. Another character whose point of view we get to read int his book, is Merrick. Merrick was not a superhero. On the one side, he had some usefull supernatural abilities but on the other side, he was quite clueless when it came to ordinary life on Earth. Sometimes, I found his behaviour too sweet, almost like he was worshipping his love interest and it got old by the time. But overall, he was very loving, caring and likeable character and he really grew on me while rading this book.

I enjoyed this book immensely and I will definitely continue reading this series.

Merrick is a keeper and his job is to protect Danny Sherry's brother but he fell in love with Sherry and now he protect and love.He knows everything about her and loves her for his beautiful soul and for his actions :)
I fell in love with Merrick beacause he is so sweet ,so respecful so loving and fuul of life and honest :X
Sherry is so caring sweet honest very protective naive compassionate and beautiful women.She believe in love family and in good people.She wants to help everyone and want everyone to be happy and safe.She loves her brother Danny and protect him ans always is there for him .She is happy when fell in love with Celeste a sweet girl.
The relationship between Sherry and Merrick is very complicates because he is a keeper and she is human but they love each other and fight toghether for his relationship and differences beetween them.
Merrick is perfect for her because he knows her very well.

Collide was a fascinating story! It was sort of like an "alien" story. I don't like the term really, I think it makes things sound a bit ridiculous, it was a bit similar to The Host by Stephanie Meyer - no green people, just, you know....

lol, couldn't resist to use that image. On a serious note though, Shelly Crane created new beings and gave a whole other concept to 'The end of the world.' No huge explosions or very radical changes. The book starts with the world as it is right now, and slowly, through the story you get to see how everything starts to change and the world as we knew it begins to fade away.

We have the Keepers, who are protectors/guardians of the Specials, who are humans with a 'mission' or 'purpose' to fulfill. We have the Lighters - Bad Guys. And other weird creatures that introduce themselves further into the story. In the middle of this new world we have Sherry, a plain and completely normal human who is the sister of a Special; and we have Merrick, the Keeper of her brother, and someone who is madly in love with her. Problem is, he is not from her world, it is against the rules to fall in love with a human, and she is not whom he should be watching over. Still, he's willing to break all of them.

I really like that the author doesn't let her characters go on intact, they all have their share of suffering and bruises. Really felt for Sherry in this book, she had to endure a lot at a certain part. Ouch. Another thing is that Sherry seemed to be a magnet for douche bags o.O Seriously! And even though she was strong and very determined for many things, when it came down to the guys she acted like she was too fragile, saying 'Oh no, please leave me alone' instead of 'Dude, back OFF!' I would've liked to see her act more feisty about this.

The Great beginning for what is sure to be an amazing series :)

Collide is one of those books that takes you on a wonderful journey. There is so much to this book that I don't know how to do it justice. Collide is a apocolyptic book that weaves a story that tests courage and family. Sherry has always felt there was something more and someone watching over her. When the Moon disappears from the night sky, strange things come to earth. People start to disappear only to return later acting differently. Danny, her little brother has had to move in and sleep on her couch since her hippie parents have packed up to stand with others to welcome the aliens to our planet. Sherry also has to dodge her abusive, egotistical ex-boyfriend Matt. Matt has been coming by drunk and pounding down her door until she is afraid to death of him.

Sherry's journey begins as a normal day when she is confronted by Matt on her way home in the parking lot of her apartment. Except Matt says he isn't Matt but a Keeper and she and Danny need to come with him right away if they want to live. Sherry thinks that not only is Matt abusive but he has gone crazy. So Matt drugs her with a special drug that keeps her aware but unable to move or communicate. Matt puts her in the car and then she hears him return with Danny. Matt drives them to an underground bunker where she wakes to him in room without Danny. Matt tells her that his name is really Merrick and he is a Keeper sent to watch over Danny because he is a Special and must be saved so that he can complete his a task for the good of the human race. Sherry believes him because his mannerisms and eye color have changed. None of Matt's swagger or cockiness are present in Merrick. Together they convince Danny of Merrick's change. Merrick also tells Sherry and Danny that Lighters have come to take over the earth and they are responsible for the disappearance of the moon. However, Lighters are using complusion through the news to blame Keepers as a means to track down Specials and kill them. If the Lighters manage to kill Specials, they will be able to take over the earth because society will no longer advance and they will be in control. They will use fear to rule.

A ragtag bunch of Specials and Keepers soon assembles in the underground bunker. Sherry notices that Merrick is very uncomfortable with her and misinterpets this as dislike. Sherry and Merrick are drawn to each other but Keepers are only supposed to be here for a short period of time and are more pure than humans. Merrick is sure that someone as good as Sherry couldn't love anyone like him who isn't even human. Sherry doesn't care that Merrick isn't human but enjoys the way he is always there for her and knows everything about her. Merrick and Sherry's love story is epic and draws the reader into the book. Love manages to win even at the end of the world.

I highly recommend this for anyone who enjoys romance with dystopian or paranormal twists. The Action is really good as the group has to run from Lighters and Markers. Warning you will want to read the next book Uprising almost immediately. I believe Ms. Crane is an author to watch and feel so "special" to have discovered her talent so early in what will surely be a long career.

You have subscribed to alerts for Shelly Crane.

You have been added to Shelly Crane's favorite list.

You can also sign-up to receive email notifications whenever Shelly Crane releases a new book.