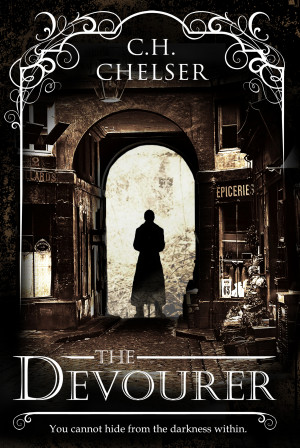 Rated 4.00/5 based on 1 reviews
In the darkness beyond life, something stirs. Now a childless mother must decide how far she will go to protect her dead daughter.

Behind the oppressive reality of abuse, depression and suicide, there is light on the edge of the darkness. "The Devourer" is a psychological horror novel that goes beyond the classic paranormal genre. More
How far will a mother go to protect her dead daughter?

Mercedes Fabron, pragmatic wife and childless mother, has her hands full running her husband’s fashion shop while ignoring the uninvited ghosts that haunt her night and day. Only the spirit of her deceased daughter Danielle gives her comfort in her increasingly claustrophobic life.

In the darkness beyond life, something stirs. Out in the streets, mysterious deaths shock Paris. The newspapers speak of an unknown disease, the police speak of accidents. But when even the ghosts are scared to death, Mercedes suspects a far more sinister culprit. One that would kill Danielle all over again. This time for good…

Behind the oppressive reality of abuse, depression and suicide, there is light on the edge of the darkness. "The Devourer" is a psychological horror novel that goes beyond the classic paranormal genre.

Reading can be a transformative experience. Any story, whatever genre or purpose, has the potential to show new perspectives. You can't put an upfront price tag on such discoveries, only a token of appreciation afterwards. If you have enjoyed my stories, please visit my website and let me know. :)

"Chris Chelser writes dark paranormal fiction about ghosts, monsters, history and the human soul. Preferring dark stories to ‘happy ever after’ since she was a child, she began writing in her teens and never stopped. She lives in the Netherlands with her family and the demons under the bed." 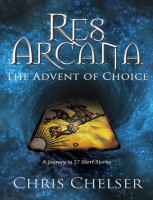 A Tale of Two Worlds

It starts by throwing the reader into a Parisian fashion boutique, where Mme Fabron converses with customers on one hand, but also has the gift of Second Sight which explains the human (?) thoughts at the beginning. So, is The Devourer ‘just’ another ghost story?

Nothing as simple as that! Chelser took me into a Paris that no longer exists, into a society with 19th century attitudes, into the Cité’s narrow streets and alleyways before Baron Haussmann had completed his public works program.

The background of this novel - be it fashion, codes of conduct or locations- was very well researched.At this point, I might as well have turned to other books on the trials and tribulations of that era, but the writer did not stop there.

Within a few dozen pages I was immersed in customer service of a fashion shop, a marriage of broken dreams, a grieving mother and a murder. Soon there was a glimpse into a world of which the citizens of Paris were mostly unaware. And that was where the mystery started, where nobody and nothing was as it seemed, where I was persuaded to pity a monster, feel compassion for a beast and in the end smile at a major character death. Having tissues nearby had been a good idea.

What lies between is something I would heartily recommend any prospective reader to find out for themselves, including trying to figure out the tiny nod to one of Victor Hugo’s novels at the end. Btw, the scene works well without that knowledge.
For me, ‘The Devourer’ is one of the books where one reading is not enough as it offers so much to discover.

A word of advice: to appreciate the difference in the description of two different worlds takes some concentration, Do not let yourself be deterred, it is well worth reading.

You have subscribed to alerts for Chris H. Chelser.

You have been added to Chris H. Chelser's favorite list.

You can also sign-up to receive email notifications whenever Chris H. Chelser releases a new book.