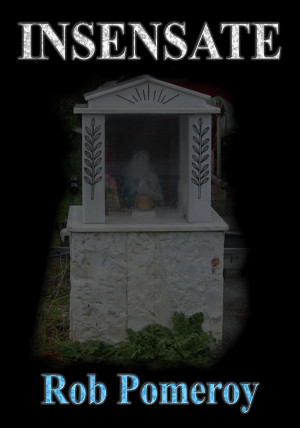 By Rob Pomeroy
Rated 5.00/5 based on 1 review
An outlandish vanishing assailant attacks Jonathan Fenton's beloved wife, leading him to the reaches of reality and beyond, on a journey of revenge and self-discovery.

Jonathan Fenton has inhuman abilities but longs to be unexceptional. After his wife is fatally wounded, he is unexpectedly drawn into a political and religious conflict on the distant planet, Deb. More
An outlandish vanishing assailant attacks Jonathan Fenton's beloved wife, leading him to the reaches of reality and beyond, on a journey of revenge and self-discovery.

Jonathan Fenton has inhuman abilities but longs to be unexceptional. After his wife is fatally wounded, he is unexpectedly drawn into a conflict on the distant planet, Deb, involving politicians, similarly gifted men called "Ethereans" and members of a dark cult intent on domination through devious and violent means.

Jonathan is unprepared for the ambush that follows - he is imprisoned but discovers that he has the power to escape. He frees two fellow prisoners: a battered abducted politician and a traitor called Delturn, who aids the escape, but whose motives remain hidden.

Subsequently, Jonathan's mysterious guardian appears and guides him to the Etherean Elders. The Elders ensure he is trained to fight in the nebulous non-world of the Ether but he is ill-prepared for his ultimate clash with the man who without warning or apparent motive robbed Jon of his dearest friend.
Available ebook formats: epub mobi pdf rtf lrf pdb txt html
First 20% Sample: epub mobi (Kindle) lrf more Online Reader
pdb
Price: $2.99 USD
Buy Add to Library Give as a Gift
How gifting works
Create Widget
Tags: fiction thriller adventure spiritual fantasy epic page turner
About Rob Pomeroy

Reviews of Insensate by Rob Pomeroy

Insensate is an amazing work for a first-time author. The genre of Science Fiction is all too easily belittled as the illogical rantings of escapists who cannot string a conclusive sentence together. Not so here. The storyline is logical and not so far removed from reality that the reader could not associate with the protagonists (the connection to our own planet Earth certainly helps).
The book is written with a keen eye for the English language and contains plenty of linguistic "treats" for readers who like to see "correct English applied properly" in this world of text messages and newspapers that save on proofreading. I was unable to stop grins bursting out on my face even in sequences of tension when confronted with phrases like "He was[...]smirking over her impotence,[...]before he strode over and asserted his masculince dominance over all things mechanical."
But speaking of tension: it is extremely refreshing to read a book, which manages to maintain suspense from start to finish, without having to resort to far-fetched explanations that the reader had no chance of second-guessing for himself - if only he had read things more carefully and given the prolific hints more thought. Because of this, Insensate grows on the reader with the second reading, rather than leaving him feeling "I know what's going to happen next". Instead, the hints of things to come stand out and make you smile knowingly in anticipation of the grand finale.
And on the subject of grand finales, I would like to finish my recommendation of this superb read with the appeal to the author of carrying on where he left off and give us the second instalment of this gripping Utopia.
I have never enjoyed a book of this price level as much as I have this one. Insensate proves that "low price" is very different from "cheap".
Maybe I should buy another few copies just so I feel I've paid a price more in keeping with the quality of the produce.

You have subscribed to alerts for Rob Pomeroy.

You have been added to Rob Pomeroy's favorite list.

You can also sign-up to receive email notifications whenever Rob Pomeroy releases a new book.