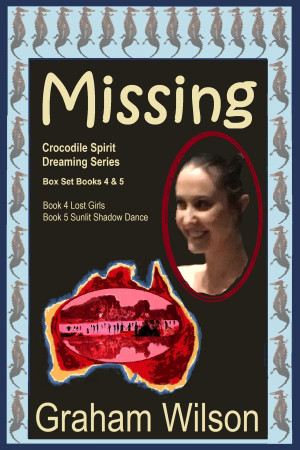 The Crocodile Dreaming Series tells the story of an English backpacker who goes travelling to outback Australia and meets a charming but dangerous man who appears to have been involved in the disappearance of four other girls. She escapes but the consequences follow her and she ends up arrested and charged with murder. Finally she is released but then vanishes herself. Her friends, family and the police search but find no trace. Meanwhile the search proceeds for the other missing girls, each last seen in different locations across the remote parts of Australia.

Reviews of Missing by Graham Wilson