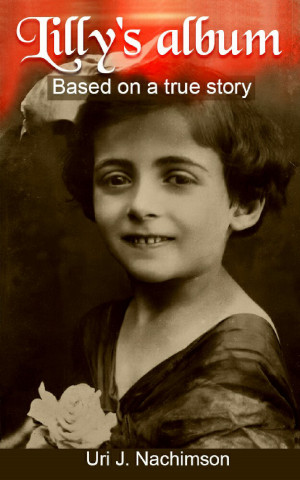 Lilly's Album - Based on True Story

By Uri Jerzy Nachimson
This is a powerful story of love, war and remembrance. This unusual novel written by me, holocaust survivor's son, is based on the trials and tribulations of my family that took place between the first and second world wars.It is a heart rendering tale of the journey from youthful hopes and dreams to the edge of despair and eventual death. More
An intense journey from youthful hopes and dreams, to the edge of despair and terrible death. fragment of the book:
''On a cold and snowy winter day, in 1943, the last transport from the ghetto of Wloszczowa, a small town in the south of Poland, is getting ready to leave. It is transporting the last remaining Jews to the Treblinka death camp. There, on a concrete platform fenced in with barbed wire, German soldiers stand guard, some holding onto fierce attack dogs, exposing their intimidating teeth. With the butts of their rifles, they shoved the frightened people who had just disembarked from the train they had been squeezed in for two days in sealed wagons without any food or water. They are led into a large concrete structure and commanded to undress and get ready to shower. Completely naked, they are told to run into the "cleansing" hall; when it was full, the doors were shut. Among dozens of Jews who were crammed into the sealed chamber I spotted Lilly, my young and beautiful aunt, standing there naked, trying to hide her nakedness with her hands, shivering with cold and fear. Almost complete darkness reigns inside with people pushing, praying, crying and screaming in despair.''

Uri J. Nachimson was born in Szczecin, Poland in 1947 and two years later his parents emigrated to Israel. As a young boy he loved to write, photograph and paint, and in 1966 he was drafted into the Israeli army where he served as a war photographer in the Northern Command. He participated in the six days war as a photographer in combat and his photographs were displayed at various exhibitions.
His travels and adventures around the world are recorded in the various books he has written that are as of now are published. As an adventurer from birth, he wandered around in Prague as crowds demonstrated in front of Soviet tanks. His travels to Egypt are the inspiration for his book Seeds of Love.
When in 1990 he went back to Poland to seek his roots, he was deeply affected by the attitude of the Poles towards the Jews both during and after World War II, and decided to research the history of the Jews of Poland during that era. Thus the trilogy was born; Lilly's Album, The Polish Patriot and Identity. The book The Polish Patriot, was translated and published in Italian and Polish. It featured this year at the International Book Fair in Turin, Italy.
Uri's grandmother, Ida Friedberg, was the granddaughter of the Jewish writer A.S. Friedberg, editor of the Polish Jewish newspaper Hazefira, as well as the author of many books. As a teenager, Uri was greatly influenced by A.S. Friedberg's writings where the author describes his imaginary journeys to different countries. Uri decided to experience for himself the adventures to be able to tell them in his books.
Ten years ago, Uri decided to move to Tuscany in Italy where he lives with his wife. He has two sons, a daughter and is the proud grandfather of seven grandchildren. While in Cortona he wrote Two Margheritas and Broken Hearts in Boulevard Unirii which was recently translated into Italian.
'As long as I was busy with raising the children and supporting my family, I could not do serious writing, however, since I settled in Cortona, I have dedicated a lot of time to creative writing and the words just flow by themselves' 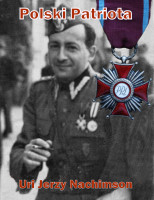 You have subscribed to alerts for Uri Jerzy Nachimson.

You have been added to Uri Jerzy Nachimson's favorite list.

You can also sign-up to receive email notifications whenever Uri Jerzy Nachimson releases a new book.