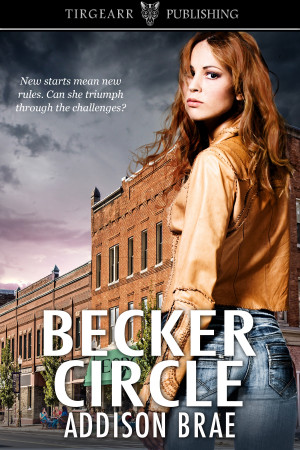 My boyfriend believed I was too gutless to leave. He was dead wrong. I graduated Harvard and moved to Dallas where I work at the local pub. When the neighborhood’s drug dealer falls to his death, the cops say suicide. The pub’s hot guitar player and I suspect foul play, and we’ll prove it. Digging deeper, we’re drawn closer to each other. Then we make a shocking discovery. We know the murderer. More
New starts mean new rules. Can she triumph through the challenges?

My boyfriend believed I was too gutless to leave. He was dead wrong. I graduated Harvard early and left his hot temper and everyone else behind for Dallas. Determined to make it on my own, I land a second job bartending at the neighborhood pub, smack in the middle of drama central, where almost every jerk in the neighborhood hits on me.

You have subscribed to alerts for Addison Brae.

You have been added to Addison Brae's favorite list.

You can also sign-up to receive email notifications whenever Addison Brae releases a new book.