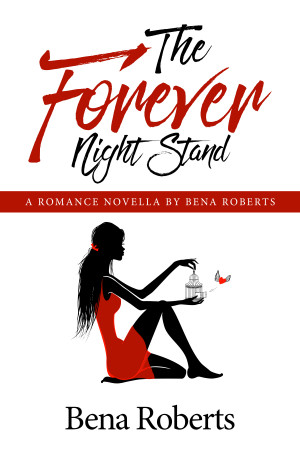 By Bena Roberts
A sexy summer read, perfect for the beach! A short 60 minute read for men and women who love diversity in love! More
A fabulous summer novella!

Ever heard of a romance start with a stabbing? Well, you have now!

Crazed wife Sara, stabs her husband's lover and then gets slapped with an electronic tag and sent back to London. The adventure begins when she leaves her posh lifestyle and moves in with her Bollywood loving parents.

A British Asian background and a determined Sara Sharma in the foreground. But wait, who are the men?

Well, there is the virginity taking George who seems to be lurking everywhere and Raj. Raj comes with an offer of a wedding in Goa!

Bena Roberts was a journalist and analyst. Now she prefers the title novelist and romance adventurist. She graduated in England 1994 and then with a Masters in 1997.

Born in 1973, Bena lived in West London until she was 24. Then she lived and worked in Budapest, Bruges, Prague, Amsterdam, Vienna, Hamburg and Munich. She currently resides in Germany, between Heidelberg and Frankfurt. Although she still refers to London as home.

Bena successfully created a technology blog which gained funding, had lunch with Steve Ballmer and was top 50 most influential woman in mobile Her blog also won several awards including Metro Best Blog.

You have subscribed to alerts for Bena Roberts.

You have been added to Bena Roberts's favorite list.

You can also sign-up to receive email notifications whenever Bena Roberts releases a new book.