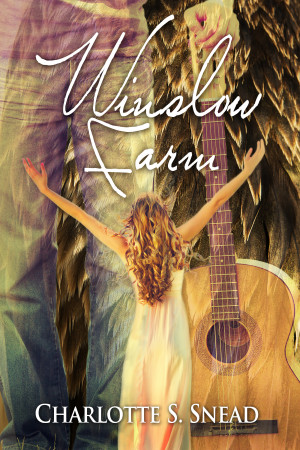 When Gabe Winslow learns of his parents’ death in an automobile accident, he resigns from the army and returns home from Afghanistan to his family farm in Lost Creek, West Virginia. Brian, Gabe’s younger brother with Down syndrome, would be left alone with nobody to care for him without this sacrifice from Gabe. With the brothers not knowing each other very well, and with them forced to sell their farm to a new, mysterious owner while they stay on as caretakers, their future and that of the farm looks incredibly bleak. Only a miracle can save them.

After Gabe and Brian form a close, unbreakable bond while building their new caretaker’s cottage on the property, they nervously await the arrival of the farm’s new owner. The new owner steps out of a limousine and into their hearts, strolling down Winslow Farm’s main road with cornflower blue eyes and a familiar song on her lips. The young and vibrant, twenty-something, bluegrass-singing star Joy Thomas has purchased Winslow Farm as her escape from a crazy life as a rising star in Nashville. She brings with her music and passion, and she brings out of Gabe and Brian love and something divine—something tangibly divine.

Together, the trio of Joy, Gabe, and Brian bring Winslow Farm back to life. They bring a wealth of new people with diverse personalities to the farm, they record award-winning music there, they defend Joy from a dangerous stalker, they tangle with bears, they renovate and redecorate, and they accept, love, and work with Brian as he struggles to cope with his disabilities and with the loss of his parents. Slowly, they build a loving family at Winslow Farm. And throughout it all, people discover that Gabe possesses a unique, otherworldly talent that might help him keep the farm safe from evil forever. But will Gabe fully realize this talent in time to do so, or will tragedy strike the farm again?
Available ebook formats: epub
First 20% Sample: epub
Price: $3.99 USD
Buy Add to Library Give as a Gift
How gifting works
Create Widget
Tags: religious fiction love story special needs bible study christian romance christian fiction christian family religious romance family fiction christian music
About Charlotte S. Snead

CHARLOTTE S. SNEAD holds a Bachelor of Arts degree in Psychology from Duke University and a Master of Social Work degree from the University of North Carolina. OakTara published her first three books: His Brother’s Wife, in 2012, and Recovered and Free and Invisible Wounds, in 2014. Charlotte later received Jan-Carol Publishing’s Believe and Achieve Award for her novel A Place to Live, the first of a scheduled five-book series. While working on the remaining books in the series, she also published her first children’s book, Deano the Dino Goes to the Doctor, in 2018.

Charlotte married her husband, Dr. Joseph Snead, in 1962. They raised five children and a foster daughter and now proudly grandparent ten boys and one girl. One of their children and four of their grandchildren are adopted. Charlotte was the daughter of a career military officer, who served in WWII, and Dr. Snead served in Vietnam. Their son was a career military officer, so Charlotte has a special place in her heart for our military.

In keeping with Charlotte’s strong belief in and celebration of the joys of marriage, family, and writing, she maintains a blog (at www.charlottesnead.com), which has the tagline “Sacred Passion—It’s God’s Idea.” Please feel free to contact her there.

You have subscribed to Smashwords Alerts new release notifications for Charlotte S. Snead.

You have been added to Charlotte S. Snead's favorite list.

You can also sign-up to receive email notifications whenever Charlotte S. Snead releases a new book.