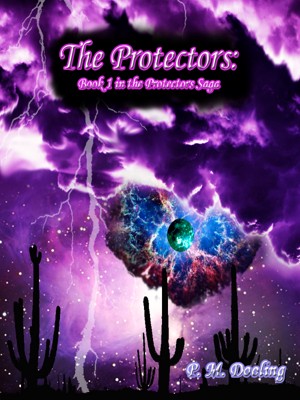 By P. M. Dooling
Rated 4.67/5 based on 3 reviews
Avery Kimball's happy world is turned upside down when she learns that she and her four best friends were once a group of powerful warriors charged with protecting a distant planet. Sent to Earth to be re-born after being killed by the Emperor, Avery and the others must now return, although settling back into her role as a warrior isn't easy, especially with her attraction to the mysterious King. More
Every 16-year old thinks they have the weight of the world on their shoulders. For Avery Kimball this was actually true…she just didn’t know it yet. Life for Avery was completely normal, attending school, hanging out with friends, and spending time with her family. Until the day she finds out that she and her four closest friends have a destiny that will take them far away from their comfortable and safe lives on Earth. Avery learns that she and her friends are actually a group of powerful warriors known as the Protectors, who were charged with protecting the planet of Orcatia, but were killed by the evil Emperor. To save their lives, their magical mentor sent them to Earth to be re-born. It is now their duty to return to the planet and life they have no memory of, and once again serve as its Protectors, fighting the very Emperor responsible for their deaths. Along the way, Avery must contend with battling malevolent creatures, her sometimes fragile relationships with her friends and fellow Protectors, her attraction to the mysterious King of Nightfell, and her own doubts and fears about who she truly is and who she can become.
Download: epub mobi (Kindle) pdf more Online Reader
rtf lrf pdb txt
Price: Free! USD
Add to Library
Create Widget
Tags: demon fantasy magic warrior teen fairy wizard romance adventure other world
About P. M. Dooling

I was born and raised in Arizona, where besides a healthy love for writing, I also developed an obsession with Chuck Taylors, Jim Henson, and classic rock. In what little free time I have I enjoy writing fantasy, visiting observatories, and spending far too much time reading travel narratives. 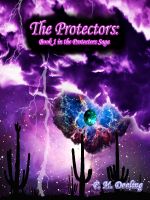 Also in Series: The Protectors Saga 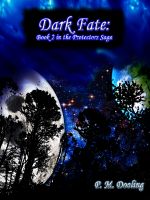 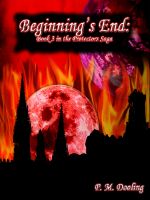 The Protectors is a fantasy story unlike those I have read before, it is very original and thorough. The story begins on a foreign plane, a planet called Orcatia. Immediately Paige Dooling jumps into action within the first page. The battle scenes present in the story are very well written and fast paced. When tragedy strikes the protector, their trainer and mentor (a gnome names Gumptin) chooses to send their spirits to Earth to be reborn.

On Earth, the 5 girls lead normal high school lives until the day their past catches up to them. At 16, the protectors have no memories of the warriors they used to be. They are human and leading human lives on Earth, but soon that changes and they must return to who they were born to be. All of the girls react exactly as expected when told about their destinies as protectors, they don't believe it. After some convincing they return to their true home and begin training as the protectors that the world needs.

The author does a great job giving every character in the book his or her own voice. It's like all of them had different writers, they're diverse and very relatable (which we all know is important). Jade, one of the protectors, was all tough words and bad attitude. I loved her. She brought spark to the story. Avery, while a natural born leader, is no longer the cruel girl she used to be. She is a caring and thoughtful leader who will surely do great things.

One thing I couldn't get past was the name Bunny for another one of the protectors. These girls are supposed to be warriors, the name just didn't feel to fit with the overall feel of the book. Bunny was also a character I felt lacked depth. The author hints at trouble with her, then makes nothing of it, at least not in this book (hopefully there will be elaboration in the books to come). Another character introduced in the story was the lonely king of Nightfell not much older than the girls. There's something between him and Avery, secrets and more, that aren't completely explained in book 1, but I'm sure they'll be more of him in the following editions, which is exciting because he seems like a very intense personality, not to mention handsome.

Once the story gets started, gets moving, and becomes intriguing, it's over. It's book 1 in the series and if you plan on reading it I would go ahead and get book 2 and 3 as well so that you don't have to suffer from withdraw from the story ;) It is a cliffhanger, the reader is left wondering what will happen next. Paige does an awesome job at pulling the reader in and trapping us in the world the protectors inhabit.

It's a good beginning book, to an interesting series that is sure to be full of action, adventure, love, and friendship. I wouldn't recommend it to everyone, but I will say that if you enjoy fantasy novels about strong female characters, check this one out! Thank you to the author for the opportunity to read and review this book!

I had no idea what to expect when I was asked to review this book, but I was immediately drawn to its synopsis. Past lives? Warriors from another planet? Complicated romances? Umm, yes, yes, and yes please! This book did not disappoint; it pulled me in with its synopsis and took me on a delightful, fantastical ride.

Avery Kimball and her four best friends are just normal, average girls…or are they? The arrival of Gumptin, the short, bossy Wizard changes the lives of the girls forever. He informs them that they are actually from another planet, Oractia, where they were once Protector Warriors who were killed 16 years ago by the evil Emperor. The powerful Elementals placed their departed souls back within their mothers’ wombs and sent them to Earth to be reborn and live until they were ready to return to their home planet and protect it once again…flash forward to 16 years later when Gumptin appears and lays the truth on the girls. The five girls, having no memory of their past lives, must leave Earth and return to Orcatia where they retrain as Warriors and fight unimaginable creatures, while dealing with the drama that is teenagedom.

This book pulls you in immediately in the first few pages, plopping you right in the middle of the action. There’s nothing slow about this book; the story moves quickly with action packed scenes. I found it to be a real page turner, finishing in it in almost one (late night to wee hours in the morning) sitting. There are quite a few things about this book that I really love: the characters, the fantasy elements, and the creative twists on the well used “past lives/reborn” story line.

The five main characters are pretty awesome. They’re relatable, funny, and feel very real and organic in the way they talk; act; react. These are five girls that I can easily imagine living and breathing in the world somewhere…and would totally love to hang out with. I really love the way that, not only are the five girls individually unique and different from one another, they are also not simply carbon copies of their past selves. Dooling has created these five girls in such a way that there’s a refreshing distinction between who they once were and who they were allowed to become on Earth. I found each girl to be well developed and interesting, and I think no matter a reader’s personality, they will be able to connect and relate to at least one of the girls. I developed a genuine affection for all five girls by the end of the book and I was really invested in their characters, stories, and personal journeys.

The fantasy elements in this book- from Gumptin’s Wizard powers to the Protector’s connection to the elements to all the different creatures and beings to the planet Orcatia itself- are really delightful. The description of Havyn, the village where the girls live, and of Orcatia creates an image in my mind that reflects what I always pictured as the classic magical, fantasy world- with its vast and dense forests, castles, quaint villages that are reminiscent of the middle ages, charming and whimsical homes (they live in homes built inside trees, like the Berenstein Bears, which is beyond awesome to me!). The whole world Dooling has created just feels so enchanting.

But, I also like how the story isn’t all fantasy and whimsy. There are many really intense, violent action scenes as well. Dooling definitely doesn’t scrimp on the action packed, realistic, sometimes bloody fight scenes. And can I say just how awesome it is to read about not one, but FIVE butt kicking, female warriors. Talk about your girl power! But it’s not all fighting all the time. There’s definitely some budding romance blooming, and deliciously complicated, frustrating romance to boot.

There’s a lot of information explained in the earlier chapters, usually back story that is very much needed, which is given quick and mostly through dialogue. While I didn’t find these passages so, some readers may find them a bit overwhelming, so I recommend reading these sections slowly…and you’ll “just” what parts I’m referring to once who begin reading.

The ending sets up the next book nicely and I’m hooked. I really look forward to seeing where this series goes and I’ve really enjoyed being swept away into Dooling’s world. I love this book and definitely recommend reading it!

Honestly, I downloaded this book because it was free and I'm so glad that I did!! I'm a fantasy fan, so I loved the whole world of Orcatia. The main characters are strong and jump off the page with their personality. I just love Jade, and Draven, who I really hope we see more of in book 2! I've downloaded book 2 and 3 in the series and can't wait to finish the story of the Protectors :)

You have subscribed to alerts for P. M. Dooling.

You have been added to P. M. Dooling's favorite list.

You can also sign-up to receive email notifications whenever P. M. Dooling releases a new book.