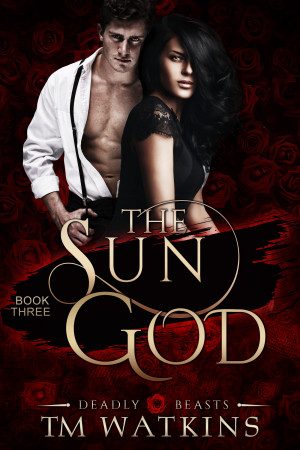 With his declining health, Augustus doesn’t notice the subtle hints that are shown, missing the vital clues that another threat is lingering on the horizon. With a jilted lover to contend with, the last thing he needs is another nightmare. However, the growing issue with the shadow figure has given him just that, and now Augustus has a political refugee to deal with.

Augustus finds himself in a difficult situation, finding the woman to be permanently at the centre of his attention, his desire grows with each crazy moment. Moreover, when he thought that life couldn’t get any more difficult, his dark secret develops into a situation that cannot remain hidden.

TM Watkins lives in Brisbane, Australia with her family. When she's not working or running around after her family, she spends her days contemplating the next adventure for her characters and her nights writing about them.

About the Series: Deadly Beasts

It starts with one mistake, one moment in time that alters the world of dark beings forever.

Hidden from the humans, the vampires struggle against a beast that stalks them and hunts their kind. The lycans goal is to be the supreme race on Earth, to punish the vampires for a past sin and to be the only dark being that feeds upon the humans.

In the age-old war of vampire versus lycan, one creature will come out on top. One being will celebrate their triumphant win. But not all victories should be celebrated. Not all wins are necessarily a good thing.

The hunting rights to Earth is a prize worth winning, but for one person, there is something else worth so much more.

You have subscribed to Smashwords Alerts new release notifications for TM Watkins.

You have been added to TM Watkins's favorite list.

You can also sign-up to receive email notifications whenever TM Watkins releases a new book.