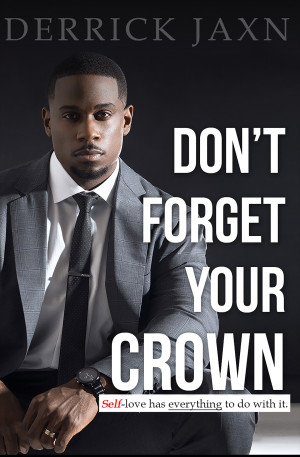 Don't Forget Your Crown: Self-love has everything to do with it.

By Derrick Jaxn
Dating frustrates you, relationships have failed you, 'Happily ever after' alludes you, and having to start all over again afterwards scares you, but why?
Because you were taught to love everyone else, even your enemies, but you were never taught to truly love yourself. Don't Forget Your Crown puts the power in your hands to change that. More
Ladies, I'm not here to tell you how many secret ways you can bend over backwards to get some man to come and validate you. You've heard enough of that.
Men, I'm not here to tell you how to attract more women in an effort to chase the fulfillment your heart yearns for but you never learned how to keep. You've tried that already. It did not, and still has not worked.

I'm here to tell you how to stop getting mindscrewed, toyed with, and taken for granted. It's killing your hope in love, and likely even eating away at your sense of self. You don't have to admit it to me, and you can hide it from your circle, but deep down, you know. Why am I so sure? Because I've been there before.
I've been on both the receiving and giving end of heartbreak. I've been the bullshitter and the bullshitted. I, like many of you, tried everything to put myself in position where I could never get hurt, but no matter what, I failed because I was already hurting due to my lack of understanding of self-love.
In this book, I take you through not only my personal process in that journey but also the lessons I learned to help me lead millions in that same journey for themselves today. I'm not telling you it's going to be easy, I'm just telling you that if you continue going in circles like you've been doing then it's by choice because I've now given you the map. The rest is on you to make the necessary steps. Just don't forget your crown

Derrick Jaxn is the founder of Mentally Stimulate Me Card Game and author of seven books, including his highly anticipated forthcoming title, Don't Forget Your Crown.

Derrick began blogging in 2012 about his hard-learned lessons in love shortly after breaking up with his college sweetheart and has, since, turned his lessons into a viral movement of over five million social media followers that he reaches daily with videos, posts, and live chats about dating and relationships.

Over 800 million video views, and counting, gave way to conversations that Derrick noticed happening in his comment sections that needed to happen more often in the homes of those on the dating scene to prevent time wasted in relationships. He decided to solve that problem by creating Mentally Stimulate Me Card Game in April of 2017 which would integrate touchy relationship topics in a fun way early into the dating phase. 200,000 customers later, his cards are quickly becoming a household name and date night must-have across the globe.

Despite his success as an entrepreneur, Derrick is mostly known for curating content online in advocacy for the importance of self-love as the antithesis to the need of validation within a relationship. He often lends his massive influence to sensitive, and sometimes controversial topics like narcissism, rape culture, and the combating of stereotypes against single mothers which has earned the trust of his listeners that they can count on him to speak on what's necessary instead of just what's popular.

When Derrick isn't championing healthy relationships and building his empire, he enjoys spending time with his former college sweetheart, and current wife, Da'Naia and their two children. 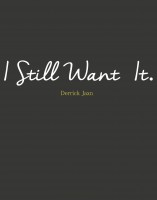 You have subscribed to alerts for Derrick Jaxn.

You have been added to Derrick Jaxn's favorite list.

You can also sign-up to receive email notifications whenever Derrick Jaxn releases a new book.